As it’s known, Trance is a very specific genre of music, which has a somewhat limited amount of followers around the world. While in countries like Netherlands, Germany, Czech Republic, Poland etc. it is getting quite a lot of support, in many other countries it has not enough popularity for promoters to invite Trance producers and event organizers, for instance, the Baltic countries: Latvia, Lithuania, Estonia. However, it’s too early to lose hope, because support of this unique music is growing in Estonia, which leads to more events, but is it beneficial to organizers? How long will it continue? And what can improve the situation? Let’s think!

Wish this festival could come back… It was a Trance-highlight in Baltics!

As much as I can personally remember (with a little help of my friends), since 2014-2015 Tallinn (the capital of Estonia) hosted such artists as Armin van Buuren, Paul van Dyk, Markus Schulz, Ferry Corsten, Cosmic Gate, Bobina, Marlo, Matt Bukovski, Andy Moor etc., also Armada Nights and Electronic Family festival in the summer of 2016, which was probably the highlight of Trance in Baltics since 2010-2011, but it hasn’t returned yet and nobody knows what to expect next. It means that promoters were working hard enough for their fans to bring different artists, so huge thanks to EDM Estonia, Impulse of Mind, Monster Music and still new Trance Evolve for doing that. Every event is attended differently, depending on time, popularity of artists and other factors, which can be both good and bad.

At the same time, there were only few very small Trance events in my home country (Latvia), which were organized with a support of local DJs and Trance Family Latvia admins, but of course they were made with a goal to bring people together and to enjoy the music we love, not earning money, which was barely enough to pay artists transportation and drinks. Of course, it is better than nothing, but bringing international and bigger names is not possible for now, because the existing promoters are not interested in this genre, and finding good sponsors is not easy either. That’s why the situation is difficult, but real Trance music lovers are looking for events nearby, especially in Tallinn, which is not so far – about 4 hours by car.

Older generations of Trance lovers in Latvia still remember the good old times in Essential club, which also hosted many big names till 2010-2011, incl. Armin van Buuren, Above & Beyond, Markus Schulz, Gabriel & Dresden etc. Memories of this location still bring a lot of happy memories to many, and sometimes I even feel jealous that I was not a part of that experience. Also artists as Paul van Dyk and Tiesto were performing at Open-Air events, bringing thousands of people, so the question is – what has changed since then? That is a question which probably nobody can answer anymore…

What was happening in Lithuania? I don’t know much about it, so probably similar as in Latvia. Psy-trance is getting popular there, but it’s something different. If there would have been some good events, I would have known probably, but nothing for know, except some EDM events which hosted also some Trance artists. But Trance separately? Not really.

Another important fact to remember: the Trance generation is getting old. Even when music is still developing and transforming, for the fans it is becoming more difficult. Work, families, kids, other duties… it  doesn’t mean that they stop listening to Trance, but it means that they have other priorities in life and that music becomes a hobby, which brings a lot of memories about the past times, when they could experience Trance events almost every month. For new generation it is not so easy to understand Trance as a genre, so they start listening to modern EDM, which you can hear during all festivals, on the radio, in internet, in this way bringing many genres to the ‘Underground’ level.

At the moment there are no officially announced Trance events around Baltic countries (at least not the ones I would be informed about), but it doesn’t mean that nothing will follow. Some of the local promoters keep on organizing events due to their passion, but support of the fans is still needed in such cases, because attendance is one of the main factors that shows the demand. Everyone should always remember that bringing some international artist costs hundreds and sometimes even thousands, so if there is just a small group of people who came, it doesn’t pay off, which means that promoters are losing their own money and also the will to bring someone else again. Another thing they can do is to bring ‘popsy’ Trance artists, who are known also as a part of mainstream EDM, which attracts not just Trance, but also other listeners to the club.

So what can everyone do for improving Trance music situation in Baltics?

I’ve been to Tallinn three times. For the first time I collected a bunch of people to go together for Electronic Family in July of 2016, which was something many anticipated, also it helped us to bring Trance fans from Latvia together. Even if the event looked good, artists were great and we loved the day, for organizers it was probably not good enough, but I’m sure that hundreds of people appreciated that.

Few months later I went for Bobina together with 2 more friends, and while the name is quite well-known among Russian-speaking crowds, I was expecting more people. The atmosphere was still nice, even if it wasn’t a night of just Trance. 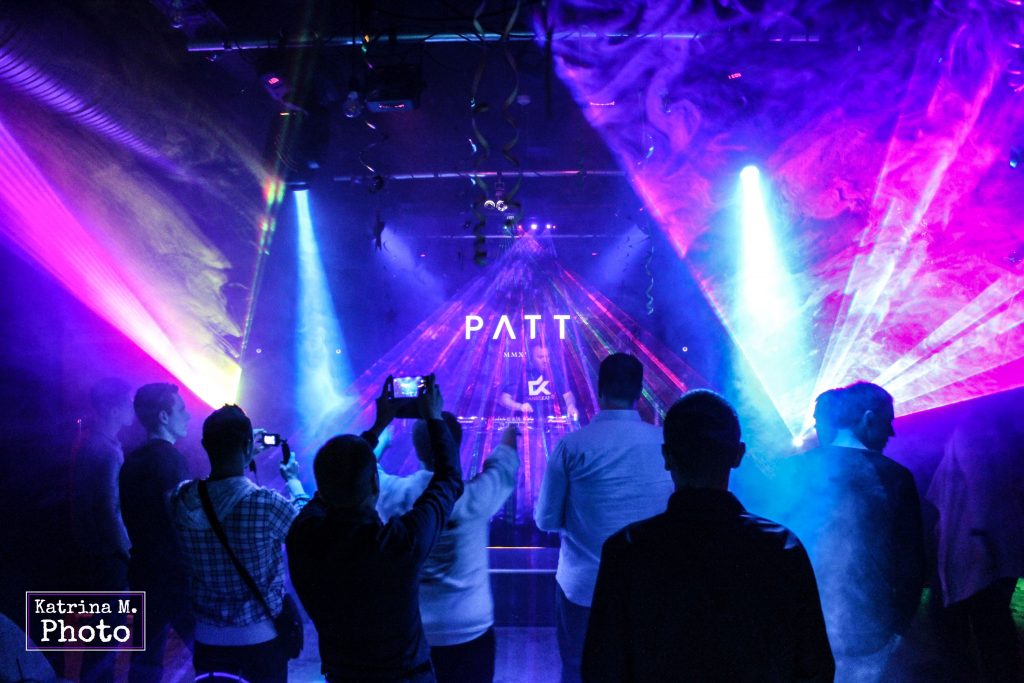 At the beginning of January, straight after 12-hour shift at work I joined my friends on the ride to Tallinn again, this time for Daniel Kandi, and even if I didn’t plan to come because of work, I’m glad I could make it. I loved the location, and the music was great, but well… I expected better support of the local Trance fans, not just few ones always dancing in the front, when others were chilling, smoking and drinking. Even if it’s just a small event, you still should come, because who knows – if it would have turned out very well, maybe next time they would bring your favorite artist?

I wish a lot of luck to local promoters, who are not afraid to bring Trance artists to Baltics, because there are people, for whom it means a lot!