Clash of the giant events weekend

The days between the 10 and 12th September can be called a weekend where big events collide.

Three major events, featuring trance and other genres, happening at the same time and even quite in proximity with one another: Transmission, Untold and the new Saga Festival (with bonus Sound Of Bucharest).

After the entire industry for organizing events remained at a standstill during all of last year, 2021 seems a new start for almost everyone. We have already had Luminosity and ABGT450 happening, while ASOT1000 is postponed for February, and this has brought joy to many fans of trance music and not only. Festivals are in our blood, they are our way to escape from the routine and we are “hungry” to be at one, to feel the music, the joy, the vibes and meet old and new friends.

After a long period of hardship, we see in a festival or even in a small event something like a “breath of fresh air”. We deserve it! We want it! We need it!

And this weekend is something that can bring  all those feelings and experiences back to each and every one of us… no matter the taste of music.

This year, United Music put a huge amount of work on making the new edition of Transmission “Behind the mask” and everyone is expecting for something huge after the last year’s forced stop.

When we say Transmission there’s one thing we can all agree to say: Hit me with those laser beams!

Besides the good music, Transmission is a whole different world. It has always been different and it will always be thanks to the “magicians of lasers”: Vision Impossible. Every year they make it bigger, better, higher, stronger and the entertainment is always at home.

Thinking how a Doge meme would fit perfect for Vision Impossible: “Wow, much music, such light, very lasers”. 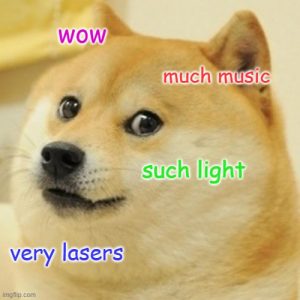 Along with the spectacular performance from Vision Impossible, the lineup of the event will make everything even more than that: Aly & Fila, Gareth Emery, Jorn Van Deynhoven, Markus Schulz (Rabbit Hole set), Paul Van Dyk, ProggyBoy (Warm up), Rodg, WHITENO1SE. What else could you ask? Perfect trance lineup for each and every trance taste!

The place remains the same as always, the big space of O2 Arena, Prague.

As on every edition, and because of their huge experience in organizing this event, Transmission and United Music came up with offers for early tickets, e-lockers and also the hotel discounts as you would expect!

The Pre-Party will be as we are used to already at Epic and the lineup is spectacular: Alessandra Roncone, Avao, D3light, Jorn Van Deynhoven and Nifra.

So all you have to do is get to the lovely city of Prague and enjoy!

This year Trance-Energy Radio will not take part of the Live Broadcast as we have in the previous years, because United Music has changed their strategy and that is understandable. All we can say is to follow them on their Twitch profile and enjoy the show from your home where you can dance like no one is watching.

The next event scheduled for this weekend is Untold Festival from Cluj-Napoca, Romania.

Starting 2015, UNTOLD became a “tradition” in Romania and gathers many fans from all over the world. The festival itself is a full EDM so you’ll have the pleasure to listen quite a bit of everything from multiple international well known artists. In 2015, Untold was chosen Best Major Festival in the European Festival Awards and from that moment on, they kept the level high and went even beyond!

There are no doubts that this event is huge and plans to remain like this for a long time.

The trance music stage, which is our music genre, is Fortune and the lineup is impressive!

First of all, we should rise a glass for Bogdan Vix for working hard towards making it possible for Untold Fortune, with all the struggles and pressure. He did it and we’re glad!

Anyhow, our question would be: how come all the stages are well taken care of on the main page of the event but there seems to be a “silence” regarding Fortune (even if Fortune has an own Facebook page)?

For us, the Fortune has a tremendous amount of artists, well known, high quality, international. Not supporting this stage properly like the other ones is like this stage would be an afterthought or a second-class stage.

We understand that advertising a lot your sponsors is a must and you have to post about them often, but at least try to support all the stages with fairness… give every stage their deserved share of exposure on the main social media profiles.

A lot of the Untold initiatives like being sustainable, helping hospitals and so on (chapeau for it) are much appreciated but sometimes we don’t understand them in the way other things and handled.

Actually by now, we stopped trying to understand some things, as it has taken us down paths that made us clash with a wall of egos and pride.

You know how the story goes: we collaborate with many festivals, organizers, management and labels from all over the world and also we broadcast live the events, from Ultra, EDC, UnKonscious, Transmission, ASOT… you name it!

One day we had sent an email to Untold to request informations for a collaboration, as Press but if possible even to broadcast live the Fortune stage, especially since there wasn’t a good coverage for that stage, and we thought it would be great to help with that.

The reply was harsh, a waterfall of demands and selfrighteousness… something in the lines of “if you want a bit of our greatness, you need to give in to all of our demands” (said politely, but actually was “Do you know who you are? You have to do this this and this first to even consider your email)”. Sad to see that people like that -with very little vision and professionalism- can be mixed up with what in essence is a large and awesome team!

The truth is, that all in all, the event is massive, full of quality, definitely worth to go… and Cluj-Napoca is an amazing city where you’ll eat and drink like in heaven!

SAGA is the third festival that will be held during this weekend and it will also take place in Romania, but this time in the capital, Bucharest.

The SAGA Festival promises to be an innovative three-day festival and if you know who’s behind the scenes, you know also that they will deliver!

Organizing this festival you will find the success duo: ALDA Events and Insominac. We know both of them very well since we have worked with them for around 5 years so far, and we can say that they are very professional, openminded and ready to embrace any idea and turn it into a world-class event.

Since we started to collaborate with many promoters and organisators around the world, ALDA has always the most open to making things happen and also the most pleasurable to deal with, straight to the point, fast and serious. You really can’t ask more from a gigantic partner as ALDA.

Since the ADE 2018 announcement of the partnership between ALDA and Insomiac, their path went to the stars in matter of ideas, in willing to do more and better, they’ve become more eager, to some extent “positively aggressive”.

From the “fathers” of EDC, Nocturnal Wonderland, Beyond Wonderland, A Day At The Park, AMF, A State Of Trance, New Horizons, Electronic Family just to name a “few”, in Bucharest will be born the new “SAGA Festival”.

The lineup is divided over 4 stages: Source, Heat, Spark and Switch. All stages cover most of EDM genres with international artist but also providing a space for local artists too. Hope that in the next editions we’ll see even a dedicated full-on trance music stage (we know you guys can do it!).

The ticket prices are very good, started from a 80euros for 3days general pass as “earlybirds” and finishing now at around 100euros. These prices and that lineup? SHUT UP AND TAKE MY MONEY! 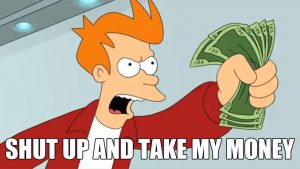 Taking in consideration that Bucharest is very easy to reach since is the capital, and with plane tickets costs being low, SAGA Festival is an affordable event with great quality of music and artists.

But the surprises don’t end here – and actually never end with ALDA & Insomniac.

SAGA Festival will be held at Romaero in Bucharest: That’s an aerospace company so you can make a mental picture of how colossal that place is!

And it only gets better: If you got your SAGA Festival ticket, you secured your FREE entrance at the other new&fresh edition of the Sound Of Bucharest. And who could open this new concept? The one and only Armin van Buuren!

Armin has had a nice run at Untold, and now he is part of SAGA! As you may alredy know, Armin has worked with ALDA and they are the minds behind the ASOT festival. Should this be a wake-up call from ALDA&Insomniac to Untold? Are they here to conquer it all? Only time will tell.

Even if the event is not focused on trance, we’ve decided to be there personally, to check up this first edition, see how the organization turns out, get a feel of the vibe. Be sure we’ll be back with a nice and deep introduction-review for it.

No matter which festival you choose, this weekend is going to be a blast, stay tuned, stay safe, and perhaps… see you at the SAGA Festival …or Transmission…or Untold?!