2018 has begun, and it is a very promising year. This year has kicked of with many news and releases, and there are some more in the queue. But not only that, we can look forward to many events and albums in the upcoming months. 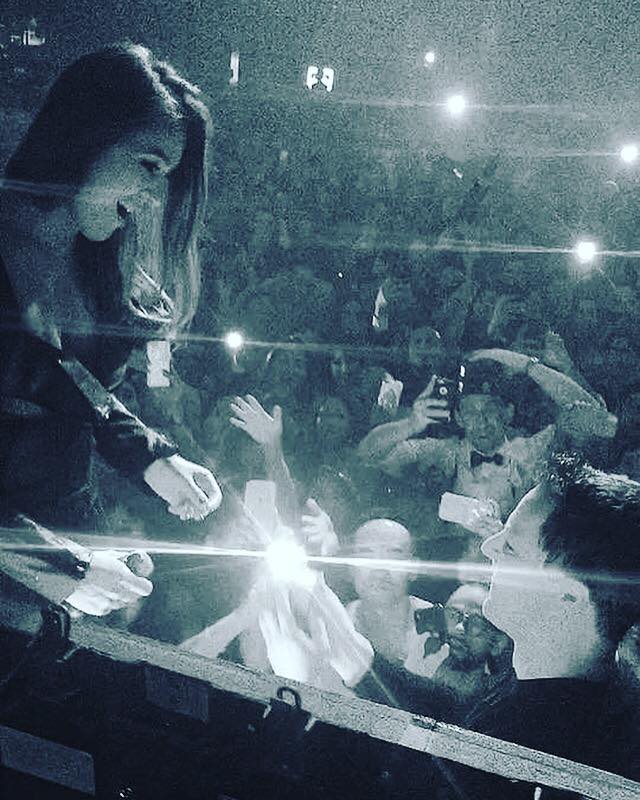 This year has started with some announcements from our DJs. The most sounding was the engagement of Markus Schulz with Adina Butar. It didn’t come as a surprise, but after a massive 2017 for Markus in the professional life, this other side -considering he has always remained tight-lipped about his personal life- is, for me, great news. This duo-marriage is already a powerhouse, and we will be lucky to hear more from them in the year to come. Congratulations!

The year of the follow-ups 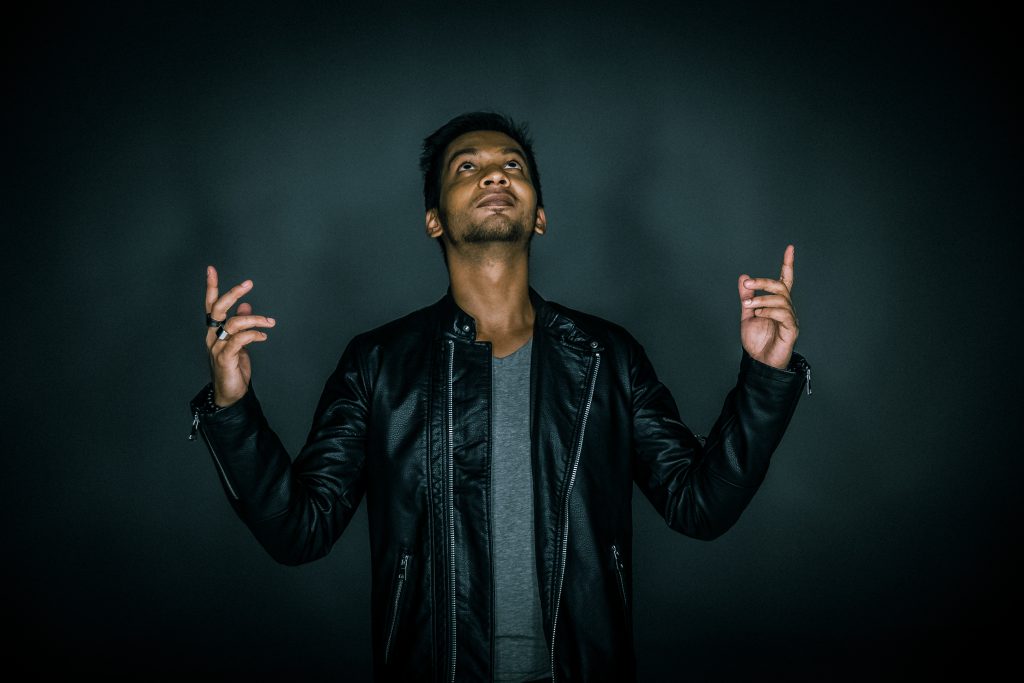 Four days ago, our dear Saad Ayub dropped his own news for the fans. He has just let us know that this year he will be releasing some follow-ups to the tracks that loved in the last years. The most awaited for me, is the new collaboration with Jaren, something we had discussed with Saad and Jaren herself back in September 2016 when I interviewed them after the release of Ever After http://t-er.org/ever-after. I can only be so excited about this!

However, it seems that after one year of great success for him, he has also managed to work on a new chapter in his work with Jennifer Rene (with whom he previously produced Move On, another great track) and Christina Soto, whose amazing voice gave life to Daylight. Saad, we will be waiting for your releases!

Above & Beyond: Common Ground

As we have anticipated before, Above & Beyond will be releasing their sixth studio album, Common Ground, on the 26th January 2018. The album will feature the amazing talents Zoë Johnston and Justine Suissa, and will mark the return of Richard Bedford to an A&B album. 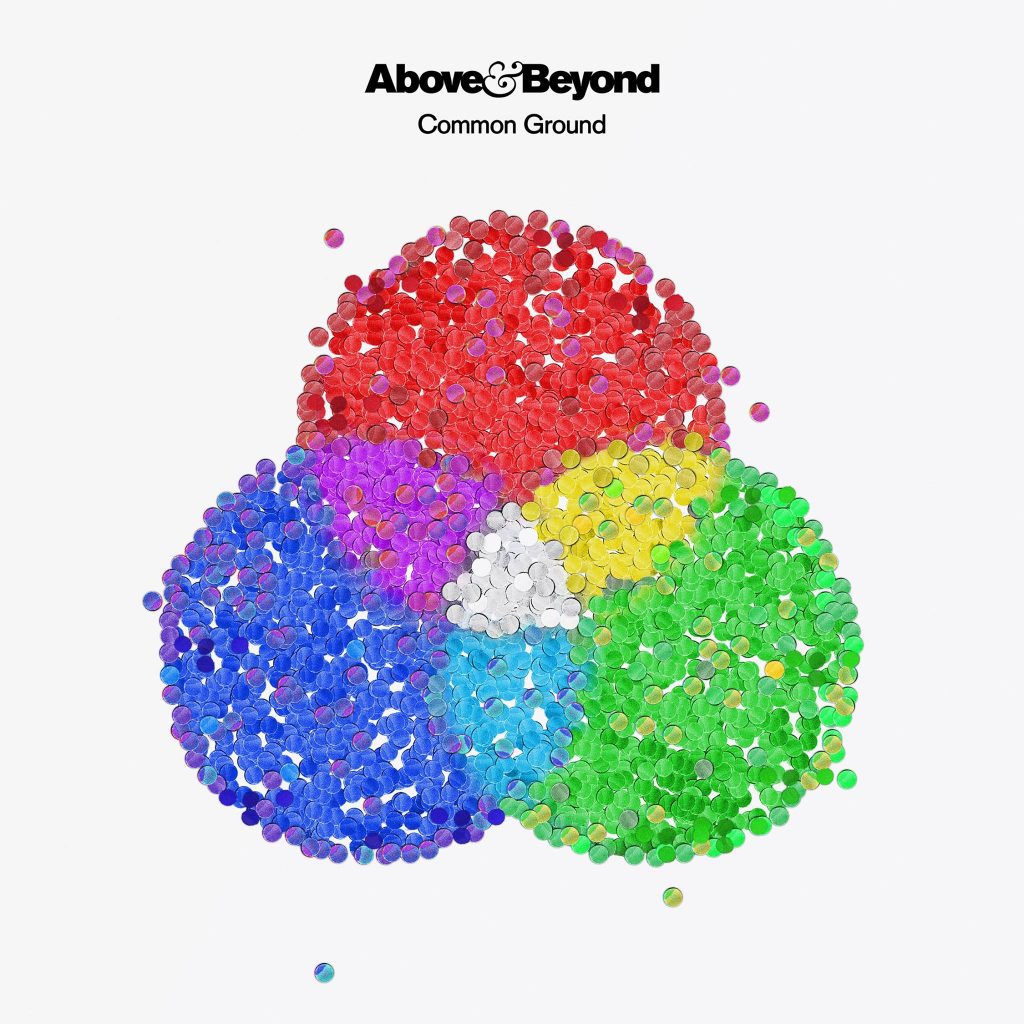 The album will include some tracks that have been already played and acclaimed by the crowds, such as “My Own Hymn” ft. Zoë Johnston, “Northern Soul” ft. Richard Bedford and “Alright Now” ft. Justine Suissa, together with some of the more melodic and classical Above & Beyond tunes. You can already pre-save the album on Spotify and pre-order it on iTunes!

The big festivals: A State of Trance

Like every year, the pace of 2018 will be marked by the periods of waiting for the big festivals and the following sadness because it’s over, until you resume the waiting-for mood.

The first big event of this year will be A State of Trance festival in Utrecht, to take place the 17th February. Once again, ALDA events will be putting on the greatest indoor trance festival there is, now with five stages! 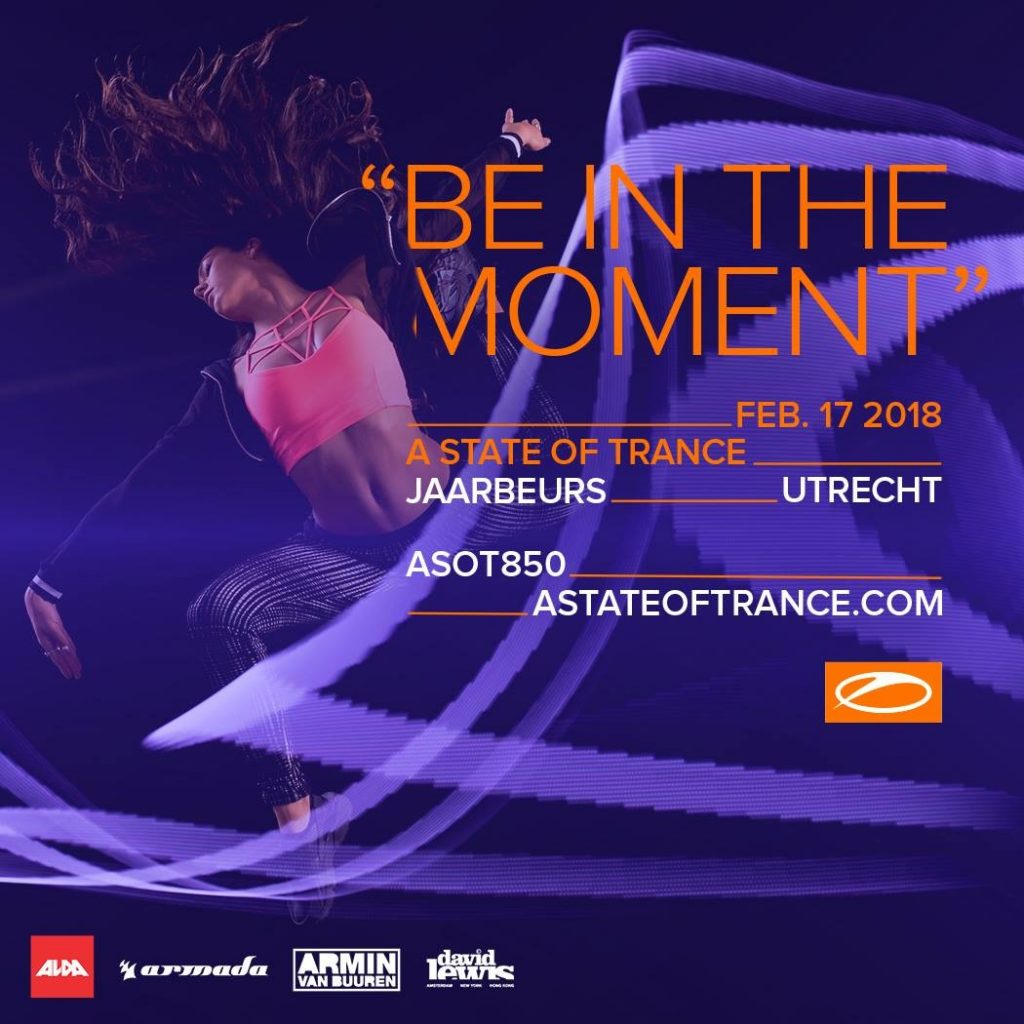 The big news is precisely the fifth stage, as this has come to fruition after discussions between Armin and the legend John 00 Fleming. The fans will be able to witness Airwave, Spencer Brown and Gai Barone among others on that stage.

As usual, there’s a lot to expect from this festival, like the Argentinian talents Heatbeat B2B Chris Schweizer -certainly recommended-, plus the Dutch comebacks Purple Haze and NWYR, and the masters Solarstone, John O’Callaghan and Jorn van Deynhoven. Certainly an event you don’t wanna miss, and also: Trance Energy Radio is one of the official broadcasters!

Headliners Paul van Dyk, Markus Schulz, Andy Moor, Bryan Kearney, Chicane, Gabriel & Dresden and Solarstone. Do I need to add anything else? Well, if that’s not enough check the three phases of the line up that have been announced so far. 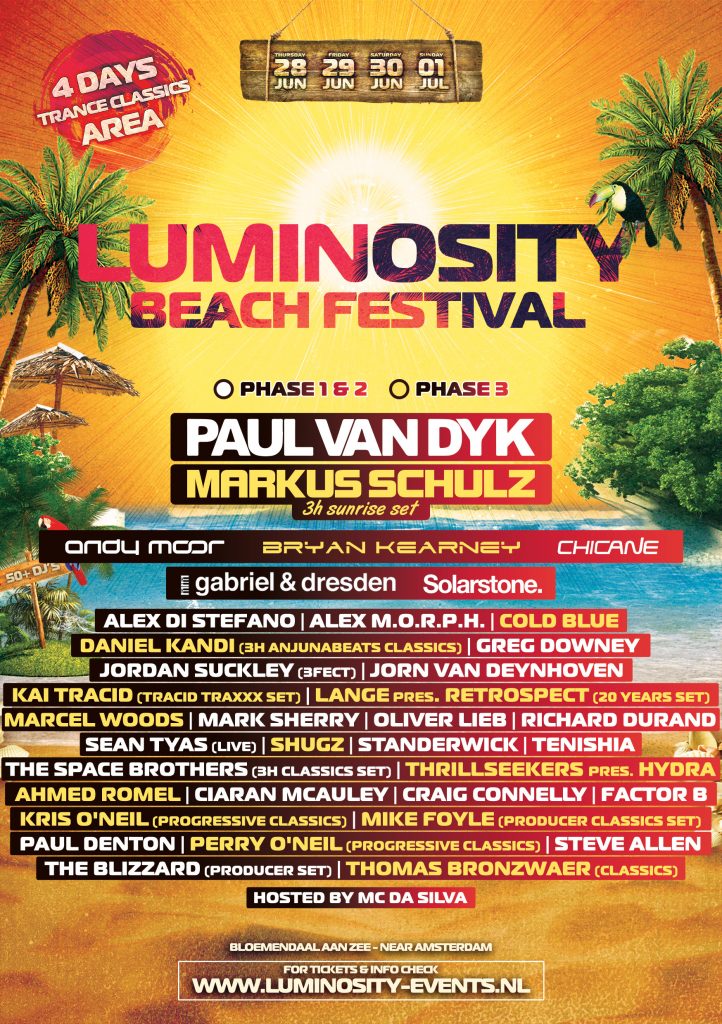 If last year Luminosity beat all odds -despite the horrifying weather that lasted the whole weekend- we can only hope that we will experience those four days without rain and with the impressive line-up that is already promising a lot!

As usual, Lumi will take place in Bloemendaal aan Zee (Netherlands) from the 28th June to the 1st July. Tickets are already on sale, so don’t come back crying when they sell out!

For the Asian trance lovers, this year will bring back the bliss of having Transmission in Bangkok! This will happen soon, on March 17th, and the line-up is almost at that point where it can’t get any better:  Aly & Fila, Ben Nicky, Ferry Corsten presents Gouryella 2.0, John O’Callaghan Official and Bryan Kearney present Key4050 -this one got me absolutely blown up-, Jordan Suckley, Markus Schulz presents Dakota and The Thrillseekers presents Hydra. It’s gonna be a blast, satisfaction guaranteed. 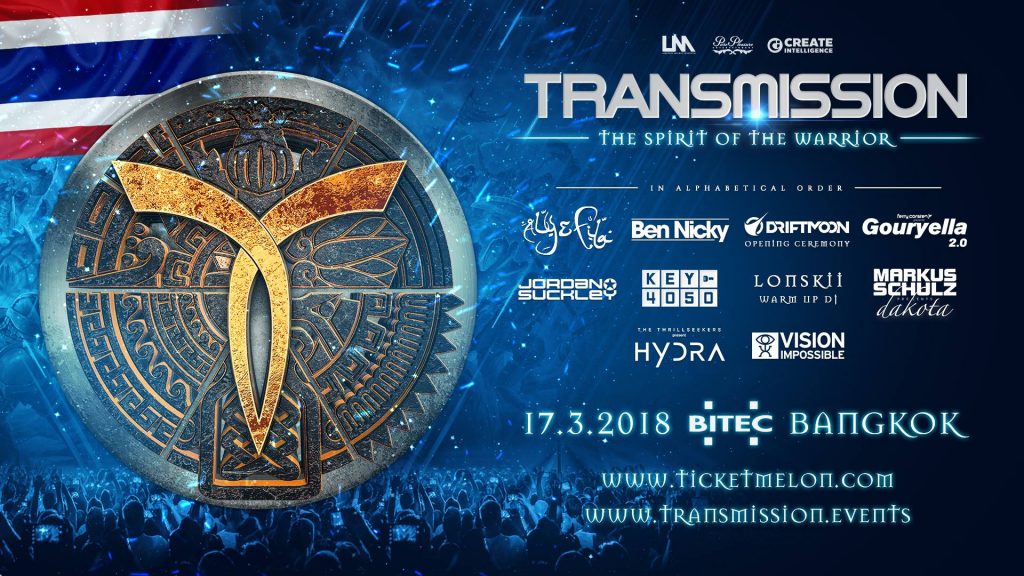 After the amazing show and the firework fiasco, everybody has their eyes set on Transmission Prague 2018. It’s gonna be massive, for sure, but the big question is: what surprises await for this year?

There’s not so much information, as a whole year is yet to pass before we can go there, but we will keep you posted about it!

Tomorrowland in Belgium and Brazil, Electronic Family in Den Bosch (Netherlands) New Horizons in Nürburgring (Germany), UMF in Split (Croatia) and Dreamstate (USA) are some other of the events that will be back in 2018 with a bang! 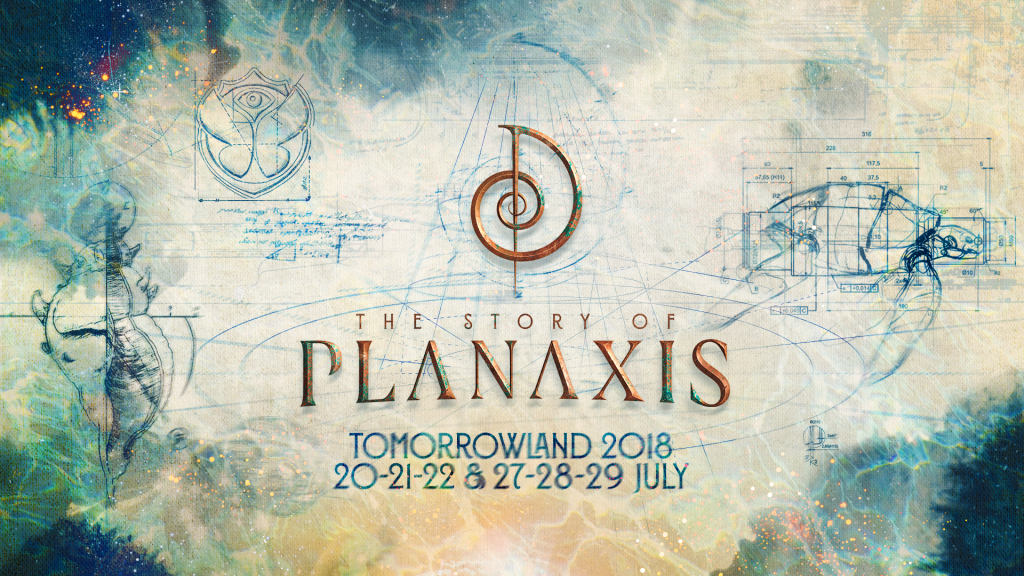 Armin has stated that he has been working on new tracks, and that he has at least three new singles ready to be released. But his last album, Embrace, was released in 2015, so a new studio album seems a bit overdue. However, he says this could come at the end of this year the earliest. Bad news for AvB fans? I don’t think so. Probably Gaia and other projects will be benefited if he’s not dedicated to produce a new album… we’ll see!

These are just some of the events in 2018 that we’re looking forward to, what else are you expecting? Let us know in the comments!

Trance Xplosion Reborn – moments, emotions and destination that will be missed too much