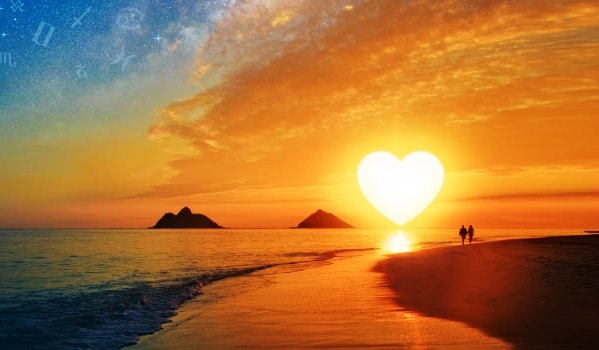 This Summer season has been quite amazing here in the Netherlands. After EF and Trance Beatsch, we were all asking ourselves how was the summer holidays season going to go on, many parties and festivals, from the most commercial to the less famous ones. Also around Holland, other countries pretty busy with their parties agendas. It’s rave outdoors season!

So many choices, so little time!

In the Netherlands the summer holidays season starts when the school period ends. During 6 weeks we all just want to have the best time and the best weather possible to enjoy outside.

While many of my friends were literally on holidays somewhere beautiful in another country, or mostly in Ibiza, I’ve stayed home. Enough parties and festivals to stay comfortable at home, so long the sun shines, always reason to party!

In the summer time

I was invited to Coldharbour’s first beach party at Beach club Vroeger in Bloemendaal, NL on Saturday 6th August. Was happy I could go and invited a friend as well. Saw some familiar faces but it was in general a party for mostly the Coldharbour fans. Line-up was interesting, since there were many DJs I didn’t know.  The best set for me was 4Strings! Had a blast with his amazing set! He was also really kind and we took a pic together. Somehow I sort of missed the trance family feeling. I really liked the venue, although it was a pity they’ve changed the whole timetable and closed one stage at the last moment. Still, the weather was good and we stayed also outside, was really warm! Of course, next to Vroeger, at Beach club Fuel there was another party, Touch at the Sea, after seeing pics later I’ve realized that mostly the people I meet at trance parties were there. It means that the trance family was somehow out there, next door.

A week later I was at Braunschweig in Germany, for the second time this year, on 12th August for a great party with main act, Aly & Fila. Best set of the night for me: Darren Porter and discover a new talent: the Australian Pinkque. The whole party was very good, especially with the really heart-warmed people. I really love Germany, every time I go there I feel home. The venue was small and felt really warm in it, the high vibes were amazing, so that compensated it somehow. Great night, fantastic atmosphere, really lovely people, I had great moments with a real trance family feeling. The following day there was another good party back in Holland, Quest4Trance – the Beach Edition, but I was travelling back by bus so I couldn’t make it.

There was then Menno Solo on the beach at Fuel on Saturday 13th August but due to transport issues I also didn’t make it. I missed the opportunity to see many friends I was looking forward to see, but somehow I was also longing for some me-time alone at home.

I guess I was saving the best for the last, when I had my last free holidays week in late August. Then the real adventure started again. I was saving that whole week to go to Psy Fi, the one and only Psytrance festival in the Netherlands. This was a major whole adventure by itself, with camping options and all that stuff. I must say I’m not really the camping style, and was not feeling like going to sleep in a tent on my own. So, I was already decided not to go. But Oh happiness when a friend told me they were selling day tickets! So, decision was made really fast, and on Thursday 25th August we both went to experience this delight of Psytrance energy in a really huge park terrain in the city of Leeuwarden. What can I say? The day was amazing, felt as one with the crowd, and although there was not this trance family feeling, I did feel a huge energy power whereas everybody was in their own individuality but together as one. Was an outside of the world experience in the sense that when music gathers, how great it can be to be the master of your own self and experience amazing oneness at the same time. The best set was for me from Astrix; he played with so much heart! Vini Vici was also really good and for me the discovery of the day was: Chicago, a legend in Psytrance with a rocky style. The whole experience was awesome. The weather, the people, the atmosphere, the place, perfect! Next year I will go for more, won’t miss this experience again!

After the whole day dancing on my bare feet, returned home late and had some sleep, the following day I was leaving early to travel to Frankfurt, Germany.  Was kindly invited to join Dance for Love in Club Longbeach Hattersheim, where DJ RAM was playing a 2-hours set. Was a nice experience feeling part of the Grotesque family and getting to know the Technoclub concept nights organised by German trance legend DJ Talla 2XLC. The venue was outdoors in a beach style, really cosy and beautifully decorated. This is something that calls my attention a lot: Germany has really nice clubs, with style and taste. It’s really a pity the whole place will be soon thrown down due to some new buildings coming in the area.

Was great to meet German DJ ParaX, he had his good time with a classics’ set. Talla 2XLC had an amazing moment but for me, the best set of the night was the one from DJ RAM, his 2-hours set with really powerful tracks and to my surprise (and delight!) a huge dose of Psytrance, which threw the place almost literally down. The whole party was awesome, and yes, there was love in the air. It was a feeling of freedom and wellness that spread within the music; I had the time of my life. It was also great to meet many clubbers the following day at breakfast at the hotel. Nice talks, nice people, nice start of the day. The dream was almost over, going back home, Sunday was the last official holidays day. Perfect ending of the summer holidays season!

Trance Around The World with Lisa Owen – 1st anniversary 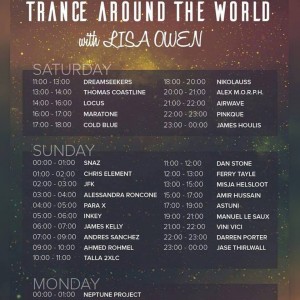 School started again, and I was happy to enjoy an impressive online radio show, here on TER; 3 days in a row with the best exclusive sets of Trance DJs from all around the world. My weekend at home, no party at sight, and Lisa Owen was celebrating her 1st year with her radio show. Time for celebration! From Saturday 3th until Monday 5th September, everybody on FB was only talking about Lisa’s show. I had some moments I could tune but what I really enjoyed the most was Vini Vici’s set that Sunday 4th, tele-transported back to the memories of some weeks ago.

It seemed as it the dream was over, but then last Saturday 10th September the real summer feeling post holidays season gave us the perfect scenery – with the beautiful city of Amsterdam by the water – to fulfil our hearts with warmth and sunny high vibes. The Trance Summer Cruise with two parties in 1 boat was a blissful occasion to party in the best summer style. Packed for 200 persons, the boat threw its 1st party, Sunset Trance from 17 up to 23 and the 2nd, with Classics Cruise from 23 up to 4 am. With amazing warm weather, we had one stage outside on deck and the other downstairs inside. Playfully decorated, with good facilities, the Trance Summer Cruise will remain into the records of one of the best parties of the year. Lovely people, amazing music, high energy vibes, perfect weather and a great organization behind it, my summer dream was fulfilled. The best set for me was from Simon O’Shine, I barely have words to describe the feelings I experienced during his magical set. It was just pure love.

I was amazingly surprised with Faith Mark’s set, digging deep into the sound, another side of this talented Dutch DJ I would love to see more often. Frenckel was for me a new talent discovered. The rest of the DJs were all at their best, there was this pure feeling of joy and freedom, intimacy and pure love that made this Summer Trance Cruise the perfect closing for this amazing season. I was really looking forward to German legend Taucher, a funny crazy guy who gave a Frankfurt tracks set that ended in a sort of dramatical way with him singing with the mic. I’m afraid I couldn’t really enjoy it because I was having terrible back pain already for a couple of hours. Anyway, the whole party concept was perfect and I had an amazing time.

What I love the most is the fact that there are so many talented and creative people out there, always looking for options and alternatives to make the best out of the trance family experience, the moments you fully enjoy being together as one wrapped up into the wave of the best trance beats. Like Trance Vision, new Dutch Trance events concept bringing new fresh air into the trance scene. Definitely, something we can all have.

Oh Summer, you were amazing! I’ve enjoyed great moments with friends and this growing feeling of belonging, the summer dream it’s not over yet.

Let the sun shine on while we dream about togetherness. 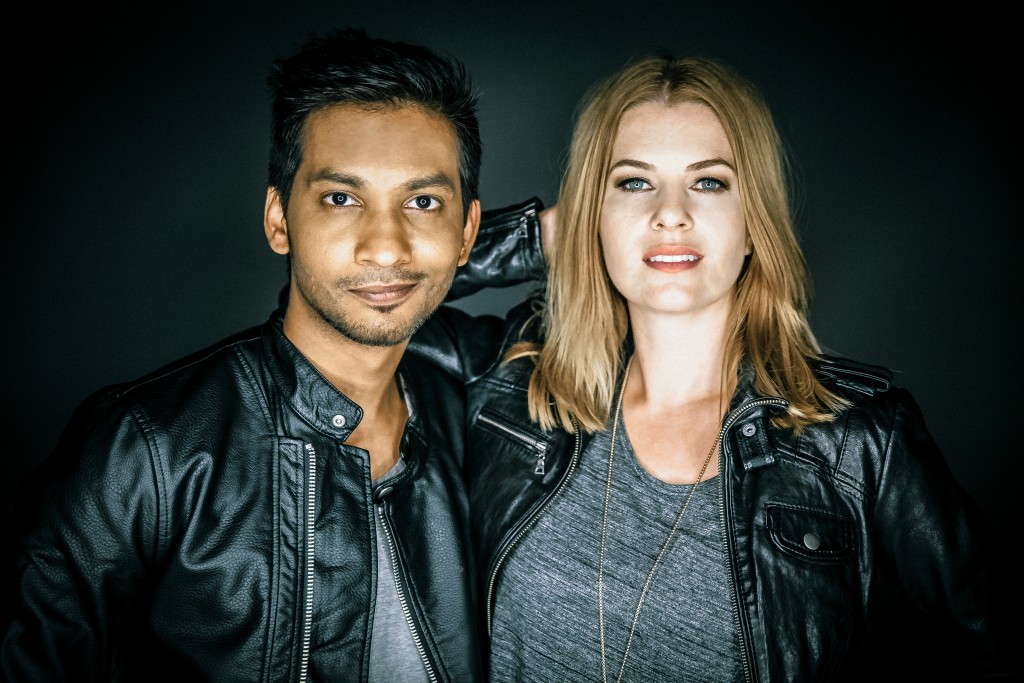