Trance Xplosion Reborn – moments, emotions and destination that will be missed too much

Written by Simona Kanapickaite on January 7, 2018

We, the first departing Lithuanians, met excited at an almost empty bus station during the late evening to travel to Poland, to an event we had been waiting for since the shining lineup was released. Gdansk and Sopot shone like the faraway trance destination we were heading to.

From the early arrival to Gdansk to the extended city weekend, for us, it was magic. Whether we were lonely tourists at the center in the dark morning, between decorated streets or at dawn walking along the river, or when we started small home party. We were waiting for our trance friends to join this weekend experience group by group – the Trance Xplosion Reborn event had attracted the biggest number of Lithuanians arriving to party this year, even some flying here from abroad and trance friends coming from Belarus.

The round Ergo arena with bright letters on top was our lighthouse when walking the road leading to our night’s temple for sacrificed moments we had already started to feel. Since the moment we got into the arena, we were lost in a recognizable flow, the atmosphere of the event, where everyone is excited, happy, open, uplifted by meetings, talks, time with friends, partying and celebration of big trance music night.

Trance Xplosion Reborn event surprised everyone with its stage and visuals just after entering the dancefloor. The stage was set up in the middle of arena, so there was no packed feeling in first rows as usual, and it wasn’t just one stage’s surprise that night. Visuals and lights, perfectly paired to the quality sound in arena, created the feeling that the hottest celebration moments had already arrived. 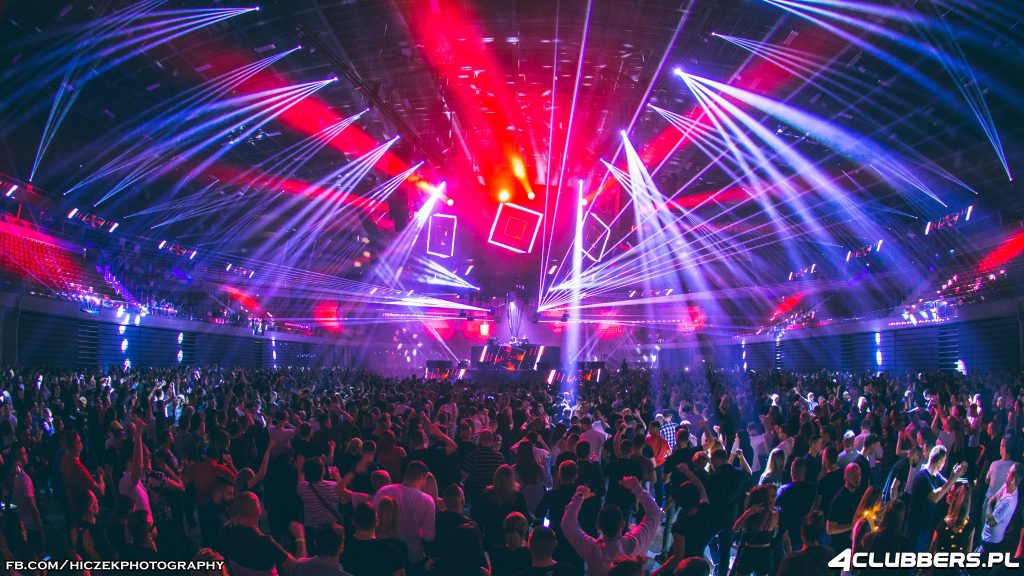 A flow of psy trance played by Arctic Moon filled us with the first amount of energy for a long festival night. The sound quality and the stage in the middle of arena, surrounded by sharp crossing lights from the top, the melodies of pure trance made us in love with Arctic Moon. The stage with the Dj’s name on it was flashing from top to bottom along with the ceiling and sides, coming lights from every corner made us burn and celebrate with hands in the air and shouts of enjoyment.

Being surprised and satisfied, we looked at each other like saying: it was just the beginning of the event. We couldn’t admit it, or to admit what we could expect more from this night. I can bet the long distance was already forgotten as well as destination itself disappeared from our minds on these first moments of the event.

With the stylish and stronger Rodg beats, top tracks from nowadays accompanied by heart attacking vocals and melodies we got in love with that night, the feeling trance music journey puzzle was in the perfect process – every coming on stage Dj had prepared his set accurately knowing what the next would play tonight to take our souls away. Rodg’s selection of tracks was followed by the claps during flowing and emotional sounds moments, one by one. Sometimes we felt not just like at trance event – more like at club, where we can hear beloved melodies in amazing remixes and to have something big to celebrate.

Menno de Jong started with uplifting sounds. The track by Darren Tate “Let The Light Shine In” is so well-known between trance lovers, when the different type lasers were turned on along with sound. I came to the conclusion – I could leave this party right now and it would be enough of satisfaction for me. What means to stand in happy and burning crowd, when some legendary melody is played along with still astonishing lasers coming like unseen ones? It means total happiness, euphoric moments we never forget, which will settle in our hears. 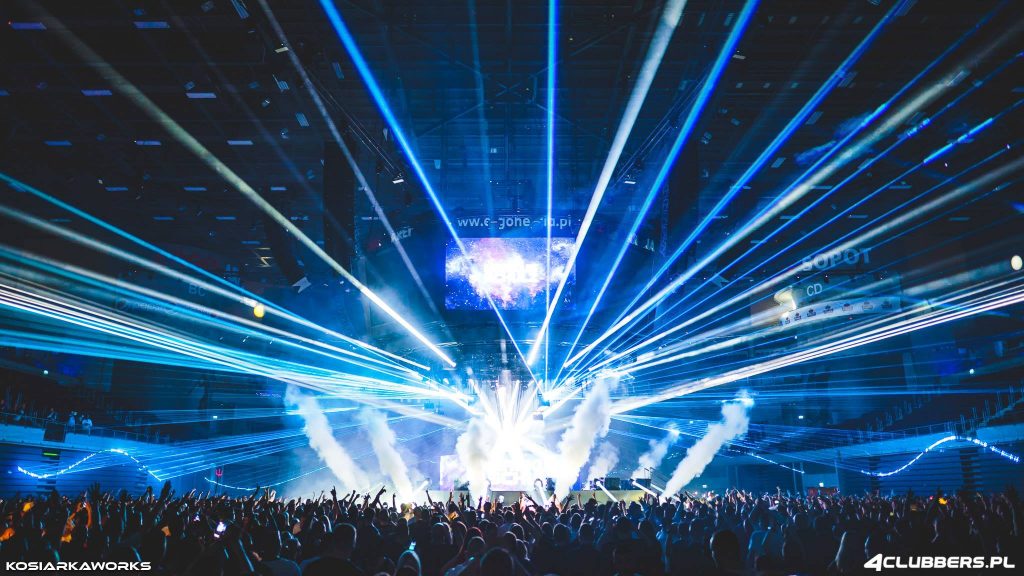 We loved the night, Menno and the organizers for this dose of our happiness. To dance and to shout was not enough on these moments of dreams. Some moments were just too big to take into the heart, like listening to Menno de Jong track “Creatures Of The Night”, the remix of 4 Strings “Take Me Away” with new visuals and celebrating the moment in the middle of international trance devoters crowd.

Next Dj Kai Tracid for us was one of the most awaited that night. The legend of legends from very early trance ages. He was playing all his famous tracks one by one with that special vocals you can never forget. At the moment my memories of German TV music channel VIVA were flashing in the eyes like a movie of adolescence, times when trance music was heard for the first time and together with its tracks videos it created new, unrecognizable yet feelings and effect.

With Kai Tracid’s “Liquid Skies” the shouts around and visuals were coming stronger and stronger, we just felt in the middle of dream. That moment costed shivers, tears, some words around which I can’t repeat. It was our own deepest and craziest, happy planet of liquid skies, where we were waiting for second miracle of Kai Tracid to land on it.

Next heartbreaking track was Tiefenrausch, and then I heard mostly the shouts and claps around. The wide lasers coming along burned us in the flow and the seducing emotion of classic tracks beats. Too Many Times – track like a bomb to reveal old memories in the heart, still having such a trace deep inside. I was so amazed to hear these sounds, I was just recording and recording priceless Kai Tracid’s set moments. 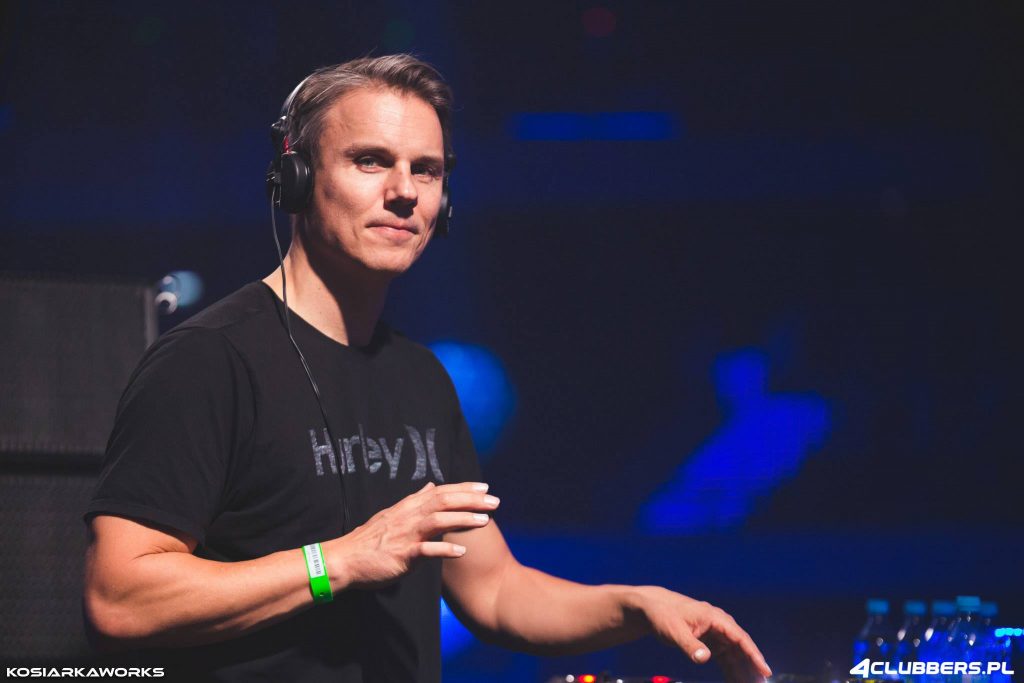 When the track “Dance For Eternity” was played, we were silently dancing in the dream with more intense lasers and visuals. The moment was there. Twenty years old legendary classic trance and the man himself Kai Tracid, in front of us with all his jewels under red lasers in our own reality, the world of music that made us high – couldn’t find another words from Kai Tracid’s lyrics to describe those moments…

“4 Just 1 Day” – one of the most touching tracks by Kai Tracid. The melody and vocals touched us so much, that the feeling can’t still be described and gives me shivers to remember it. Lyrics and the legendary memory stopped to dance, just to look around, look at the stage, at Dj, at trance friends around and take this moment so deeply as it is physically and emotionally possible. There was a day, a moment making so deep trace in the heart…

Afterwards we heard the first sounds of coming track Trance & Acid with new lasers of flying clouds illusion and thousands of small lights like stars landing on us from ceiling. While waiting for the drop, the arena was on fire, the sea of shouts inspired by so recognizable vocals and the paradise of strong flashing laser skies, deeply attached to the beat to close the set with the biggest power.

The second Dj on the stage, Andrew Rayel, made everyone jump in a full Ergo arena after the special, involving live invitation and to look like a crazy dancers sea. This Dj’s set was a wave of new energy. The track Till The Sky Falls Down by Dash Berlin in a remix, pure trance sounds made the arena feel like partying at some summer festival. After the set Dj was followed and luckily catched by some trance lovers for pictures, signatures. Meeting Andrew Rayel in person just made us more in love with him. Priceless pictures of him signing the flags or hugging are one of the most precious and touching from Trance Xplosion night. 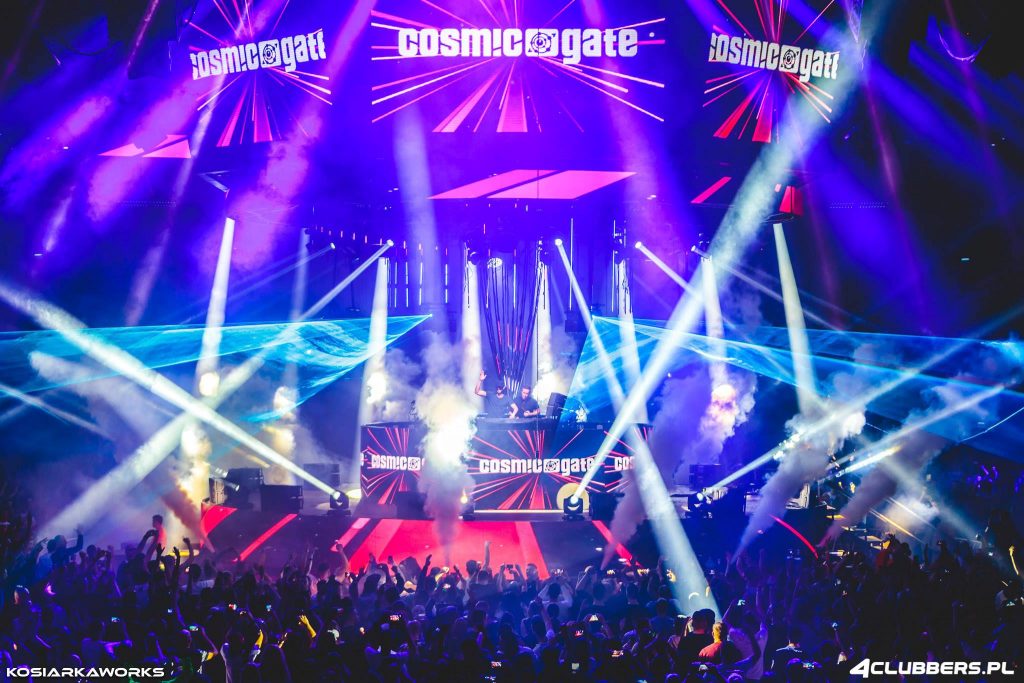 The progressive sound of Cosmic Gate was a little moment to calm down, but suddenly the heart was exploding again and we couldn’t barely just calmly sit and watch the show. Push “Universal Nation” in a remix and the banging crowd, own Cosmic Gate’s single “Fall Into You” and the shining stage’s view with thousand stars, legendary duo’s track Be Your Sound and lights which were landing among the crowd didn’t drift us away from night emotions. The stage was spinning around – another big surprise from organizers, so the dancers were proportionally dispersed on the dancefloor.

Markus Schulz and Ferry Corsten, especially their B2B set, was the cherry on the top. We had experienced already so many emotions and our hearts were so packed with the feelings and festival miracles, revealed deep old memories and top visuals from top to bottom, so we just dove into the sound, crowd and festal atmosphere. During Markus and Ferry sets there was everything trance music lover could wish for, from legendary to nowadays tracks, from own classics to renewed legends. We were burning the last energy and emotions left, together with an unstoppable partying crowd. Trance music was in such a journey and more than reborn that night, it filled us inside to any possible top.

Even after a couple of weeks after the festival passed, it is still alive in our hearts together with Gdansk old town, Sopot beach paths and our times spent around its streets decorated for Christmas, cafes, night walks. This festive trance weekend destination will stay in our memory as a dreamy coast with an experience and moments we will wonder to relive anywhere again. 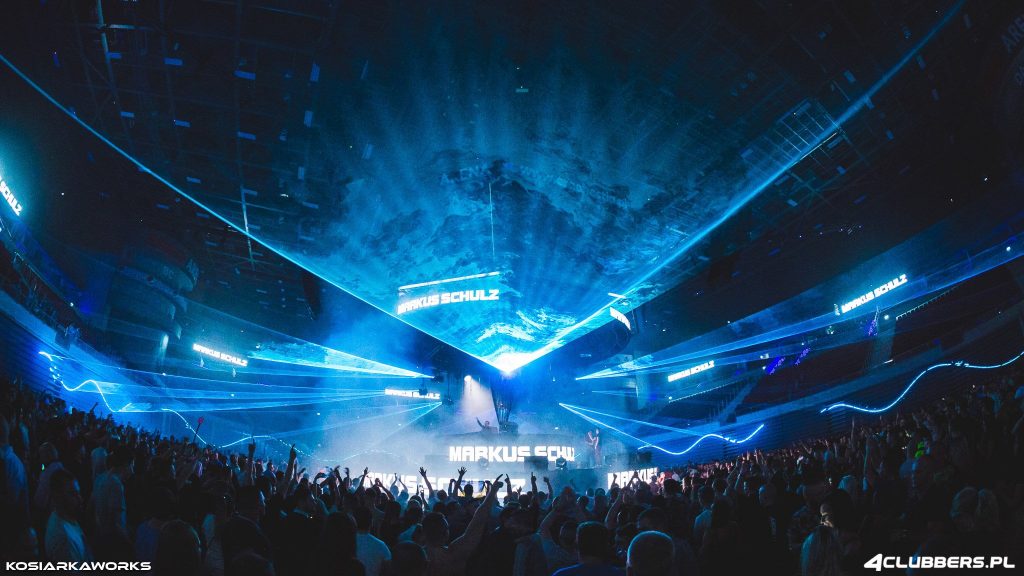 When the last Lithuanian “soldiers” were ready to leave Sopot on Monday evening after the “weekend closing” celebration at a restaurant on the sea bridge, silently we already knew: some moments, emotions and destinations of this year will be missed too much. Trance Xplosion Reborn is one of those.