Hello everybody, my name is Georgina, Argentine writer & trance lover living in the Netherlands. From now and on I will be writing reviews, articles and interviews about my love for trance music. I’m very happy to be now a member of the staff of Trance Energy. 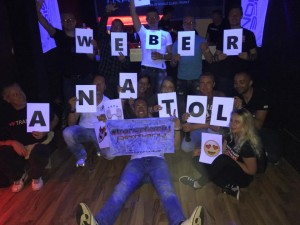 Last week Sunday 15th May I was lucky to be invited to attend a great party event by the neighbours, in Braunschweig, Germany. Was my first time in this country for a party, and we went together by car with a small group of trance lovers from Trance Family Netherlands. We are so lucky here in the Netherlands, having almost every weekend a new event, so this time we decided to cross the border and see what was on by our beloved friends from Trance Family Germany.

The event was called Trance38 meets Trance.Mission and it was hosted at a really nice venue called Stereowerk in Braunschweig. It sort looked like Panama in Amsterdam, with a main stage and a smaller box-shaped room, stage 2.

We arrived earlier on Sunday after 5 hours driving and were very warmly welcomed by our lovely German friends. Pre-party was on and we were getting in the mood for a great night together. 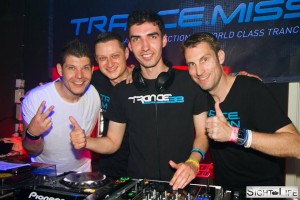 We use to see our counterparts every time we have party in the Netherlands, it’s amazing how many people from all over the world comes here, while we sort of miss all other events happening next to us. This time, it was not only the line-up what made us curious, also the fact that good friends were playing, German DJ Anatol Weber (who is also crew member of main organisers Trance38) and the talented Italian DJ Alessandra Roncone.

At 22:00 we were ready for the opening at stage 2 with Anatol Weber, warming us up with his set. The mood was set and although still early, people were arriving and mixing together in this small room. I remember lots of smoke and happy faces. Trance family Germany members surprised Anatol displaying in big letters his complete name while he was spinning, and I sort of felt this amazing powerful feeling of love. This night was promising to be an awesome one.

And, indeed, that’s what happened. I won’t tell you how good all the DJs were, because you can listen to all sets recorded and broadcasted by Trance Energy yourself. I’m not such an expert to tell what technical good is, but when it comes to trance music, for me what counts the most is how high the vibe gets when we are all united in peace and love.

This was one of the first occasions I had that I experienced a new way of expressing my emotions. I guess all the factors were wisely combined, you can call it luck, I prefer to call it magic! That kind of magic moment when it’s not only the great music played by the DJ, but also the right people at the right moment. I had the time of my life, dancing like crazy and feeling this warmth coming from within every heartbeat from the dancefloor. It felt like being at a private party, with all the dancefloor only for ourselves.

Of course there were many highlights during the almost 10 hours the party lasted. I kind of get nervous when there are so many choices, you feel like wanting to be everywhere at the same time; because trance is still something new in my life (since my first event at Electronic Family in 2014) I’m still developing my taste and learning from all trance genres. This means I’m always open for new sounds; my preferences going for uplifting, vocal, progressive and psytrance, a.o.  While many of my friends were rushing to the main stage for Rene Ablaze, I stayed in this little room for a while and could catch a bit of a glimpse from German DJ Cyre.

I guess sometimes for me it isn’t about a certain DJ name, it’s more about going with the flow and letting myself be guided by what the moment brings. The only thing I didn’t like much about this little room was that it was really warm and there was too much smoke. 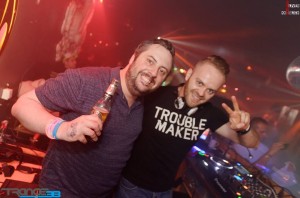 Later on I joined my friends, who were all having a great time, while Daniel Skyver was at his best and then came charismatic Czech DJ and producer, Tibor Tomecko, best known as ReOrder. He absolutely smashed it! He knew exactly how to bring the best of us on the dancefloor, and I had this thought of feeling this was an epic moment. I was grateful to be here with all these amazing people. He even got off the stage to hug us all. This moment was perfect. The night was still young and we all were transported into the realms of music. Trance can open your heart just like that.

When English DJ Allan Morrow came in I went to walk a bit, checked what was happening at the other stage. Was kind of empty but the tunes were really good. I like the fact that sometimes you are not following the crowd and can get the chance to experience how other less known DJ names can bring out also amazing sounds. And I love the fact that when you get your feet on the dancefloor you’re giving yourself into the moment. That’s how it works for me. By stage 2 got the chance to dance some of the beats from German DJs Score, Christian K. and a little bit of DFx with a vinyl-set, all of them were gave me the chance to dance lively.

I was precisely on time to be back at main stage to enjoy the last tracks of Alan Morrow and received DJ UCast. 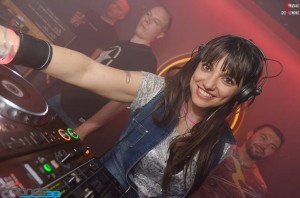 Time flew; everything was just right: the timing, the atmosphere was bright, full with love and the right amount of energy to feel all connected.

And then it was time for the B2B between Allen Watts and super talented Alessandra Roncone. For me was like the cherry of the pie, both really getting into the flow of the emotions. Although being tired and a bit warm, I felt like in heaven. I was warmly surprised by Alessandra, who I met at other parties before but never saw her live until this very first time. Then Allen Watt dropped ‘On a good day’ from Above & Beyond, and believe me, I was not the only one singing my lungs out! It was kind of magical. Everything was so amazingly perfect that we all felt the same high vibe envolving us. I love these moments, because this is what actually trance means to me: being with the right people at the right moment taken away by the music. 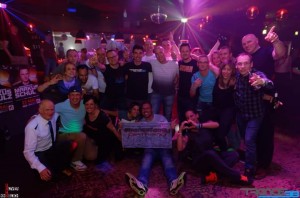 After the party there was this feeling of pure PLUR among us. Running to catch the train, we continued with the after-party by our friends until it was time for us to return back home to the Netherlands.

Tired, happy, with a warm heart… this feeling of breaking the habit and being there, supporting our friends but most of all: knowing there aren’t limits when it comes to the love we all share for trance music. We are all together a trance family, after all.

Other articles you can read written by me: