I was lucky to attend this event since I was exactly in Los Angeles/Hollywood while doing my trip around USA. Even when I knew it was going to be an exhausting and sleepless night after some travel before, and also because this experience was something totally new for me. Markus’s OTC events are well-known around the world, and that sounds about normal when they last around 8 to 12 hours and sometimes even more.

On top of that, I had always been curious about them, as I knew how difficult it might be because of such a lengthy performance: very few DJs dare to do something similar. At the same time, many of my friends had been talking about it, especially members of Schulz Army – Markus’s “fan club”. Of course, when I asked them for advice, they told me: GO! So by the time I arrived to Los Angeles, late on the evening of September 2nd, I headed to Hollywood, passing along the Walk of Fame and getting some falafel before going to club and the following long night out.

It was not the first time for Avalon Hollywood to host Markus Schulz – he had been there few times before, and as it was announced during the night, he would also be going to celebrate/play there during the upcoming New Year’s Eve. The club itself is huge, including VIP zones that extend even beyond the stages. It also had good sound, screens and visuals, bars, and friendly staff: all that is needed to make your night unforgettable. However, I’m sure it could have been even better if it hadn’t been so packed with people.

I arrived to the club about 20-30 min after the beginning of the event. Of course, there was a crowd waiting to get in, but it was moving fast, because, when I got inside, I already saw a lot of people on the dance floor and by the bar, which seemed a bit unusual to me. I’m used to see club getting this full only after few hours, but the difference was – it was only Markus playing, so of course people wanted to see the main reason for them to go there since the start. I used my time to explore the location, including the balcony and the fancy restrooms. Behind the stage there was already a bunch of people –Markus’ friends and fans (also Coldharbour family) supporting him, even if it wasn’t strictly necessary. The crowd was amazing from the beginning!

As usually during OTC sets, it all started with progressive, for people to warm-up, get inside, buy a drink and enjoy. Markus began his 2nd hour with the “Nana” remix by Jerome Isma-Ae (original by Orkidea), one of the last year’s Trance music hits, and, of course, hearing it gave a crowd some wave of energy and excitement, because they knew – it was only the beginning of a musical journey!

Visuals were progressing together with the music, starting with Markus’s logo in the beginning, then showing more on screens and after they gave space to beams and lasers. At the beginning it didn’t feel enough, but with every hour you could understand – it was going to get better and better. 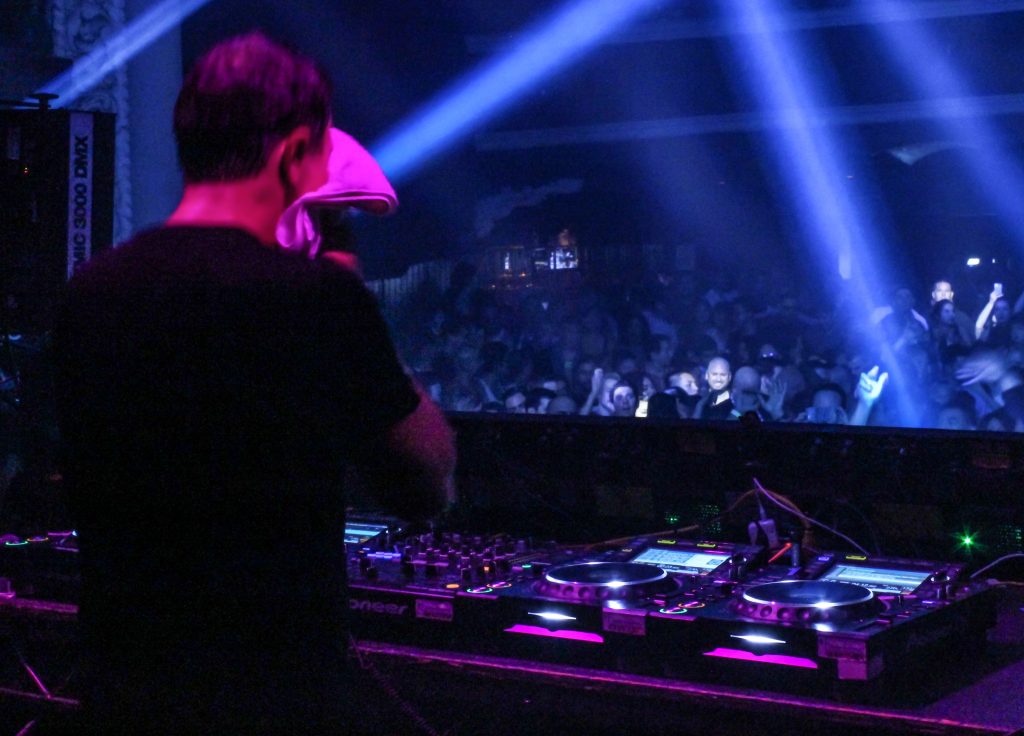 Towel was useful for sure

Markus continued the night with a mostly progressive sound of Trance music, playing his works as “Destiny”, “Loops & Things” produced together with Ferry Corsten, a new collaboration with Cosmic Gate – “Ar” and many more tracks from his other projects such as New World Punx, Dakota, etc. Crowd simply went wild when Markus dropped his remix on Linkin Park – “In The End”, because even Trance music listeners love this band which now has lost its main vocalist. With the same idea, he also played rework of “Children” by Robert Miles – classics of not just Trance, but overall electronic music. You could also hear such hits of this year as “Fallout” by Davey Asprey, “Saint Vitus” by Gaia and others. Even if the tempo didn’t change much as it usually happens during OTC sets, overall this progressive journey was quite interesting.

After 3 AM people started to leave (no alcohol sales for a while), but slowly, so even after 5 AM you could see a lot of listeners and dancers, the only difference was that the balcony was closed. That was the actual time when you could try to guess how many were going to stay till the end.

I must admit – I left shortly after 6 AM, as I didn’t have enough of energy due to some prior long days and lack of sleep. Maybe it’s because my body is used to party till that time, or maybe because the last hour Markus was playing more techno sounding tracks than Trance. This was definitely not enough for me to stay; as I said before, I am not a huge fan of Markus Schulz, so this sound wasn’t really for me. The artist himself still looked happy and fresh after 8 h of playing, which surprised me a lot, and which also meant – he enjoyed the night!

Overall it was a good and new experience: Markus surely did his best to satisfy the crowd. I have been trying to find at what time he finished playing, and I wasn’t able to do it but I’m sure he played few more hours after I left. Next time I promise myself to get good sleep before something similar and go through this journey in full! 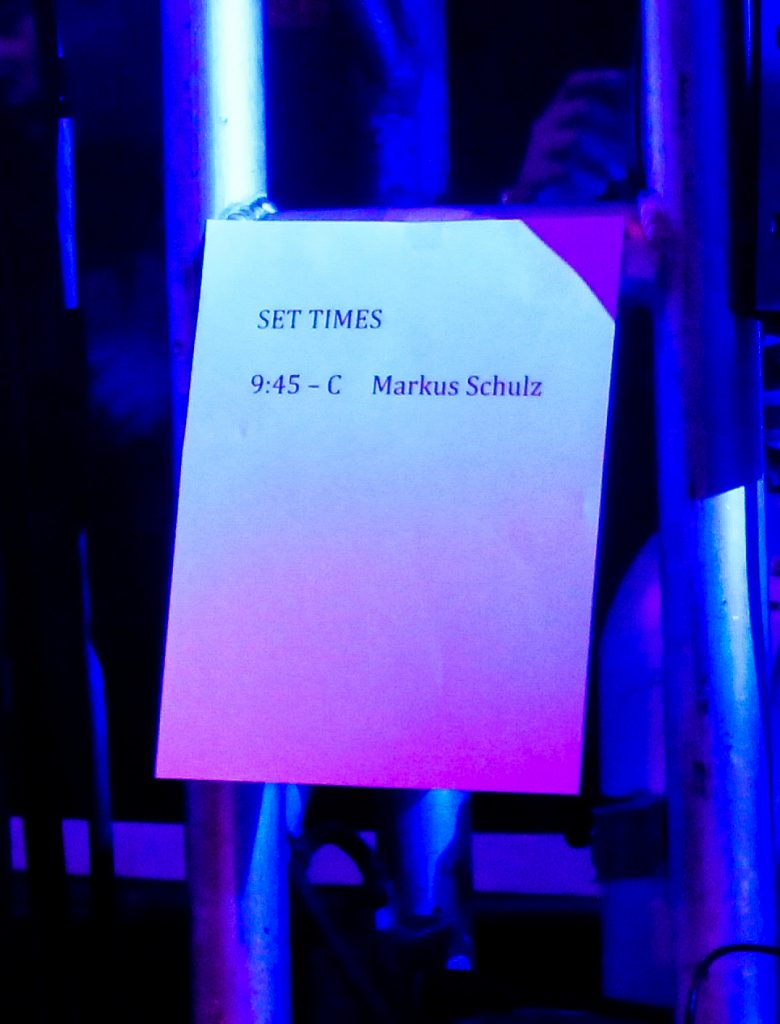 Found it funny to see this paper at all

At the same time, there were some things which could have been better: more space for the crowd, places to sit/relax (you need it during such a long night) and better air conditioning – it was really hot (but well, you are in the club in South California, nothing unusual).

Later in September Avalon Hollywood is planning to host some more Trance events on Saturday, so if you are in Los Angeles or around, be sure to check their page or website: http://avalonhollywood.com/

p.s. I’ve never seen so many Asian people in the club. Don’t want to offend anyone – it was just curious and interesting, something new compared to what I usually see in Europe.