Written by Simona Kanapickaite on March 2, 2018

From train to train and all transport network left stretching behind, blue lighted Armada logo in the outskirts of Amsterdam was my only one lighthouse. It’s home of Armin van Buuren’s record label, A State Of Trance radio show and the place, where every trance and Armin’s fan dreams to get into and visit. That Friday, 16th of February, Armada HQ office opened the door for special Armada Invites event, dedicated to A State Of Trance 850 festival next day. The pre-party was invite-only and just a few lucky winners of A State Of Trance contest could attend it.

Even the time, while we were standing outside this famous building, gave us special and uplifting feeling. It was a calm Friday evening in Amsterdam under clear skies and the whole A State Of Trance festival weekend was about to proudly start. I’ve seen some familiar faces around from the trance music world, all standing in a correct row to Armada office door and waiting for the event for the books to begin. Quick and polite security check, me and Trance-Energy Radio resident DJ George Andreas put special golden artists wristbands on our hands, elegant girl takes our coats and between taking pictures while we are inside this dedicated to music place, we are ready to move the second floor, where the small, cozy and intimate club is located. 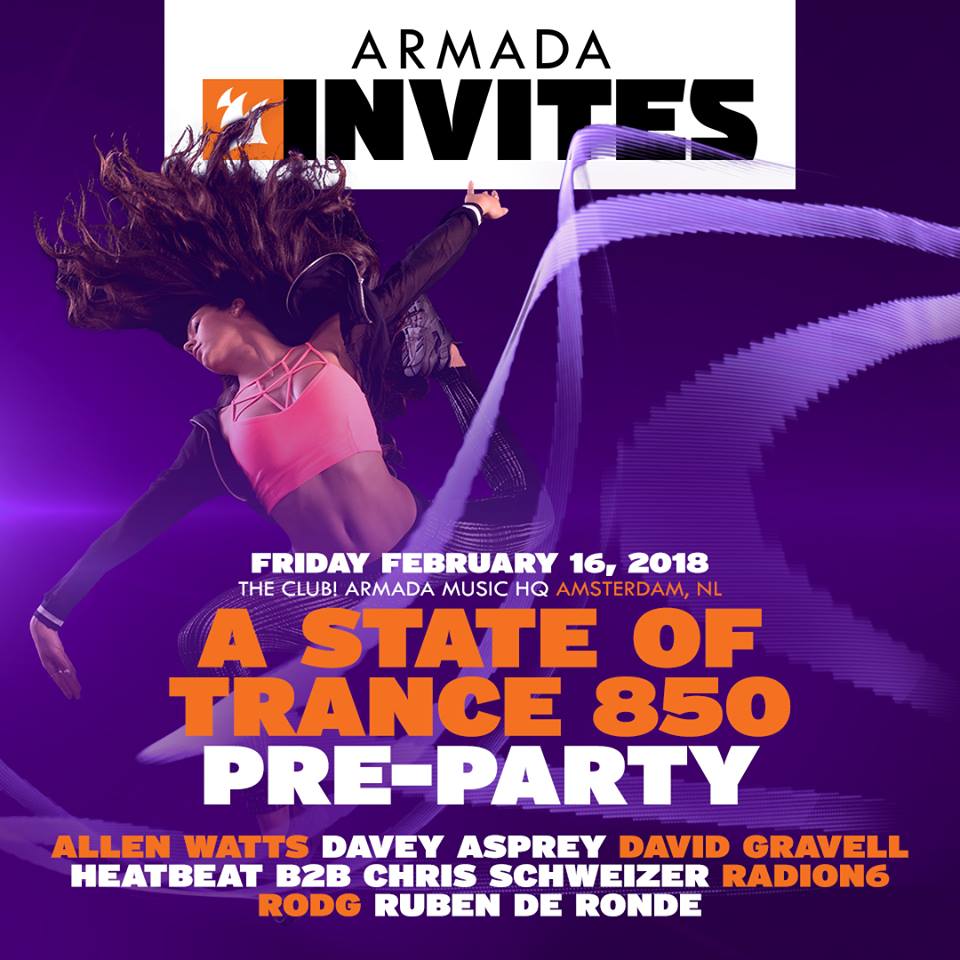 Flashing special Armada Invites logos, the ceilings and bar of changing flickering colors, DJ decks just in front of you at the same ground level with no partition, so you can see even the tracks names played. I stopped to contemplate that this was a sort of closed and secret Armada office’s club. The bar just one step away with free drinks to choose from, given for stylish Armada tokens and so the atmosphere, the feeling being inside “The Club!”, attending this closed pre-party like VIP guests made that experience even more exclusive. 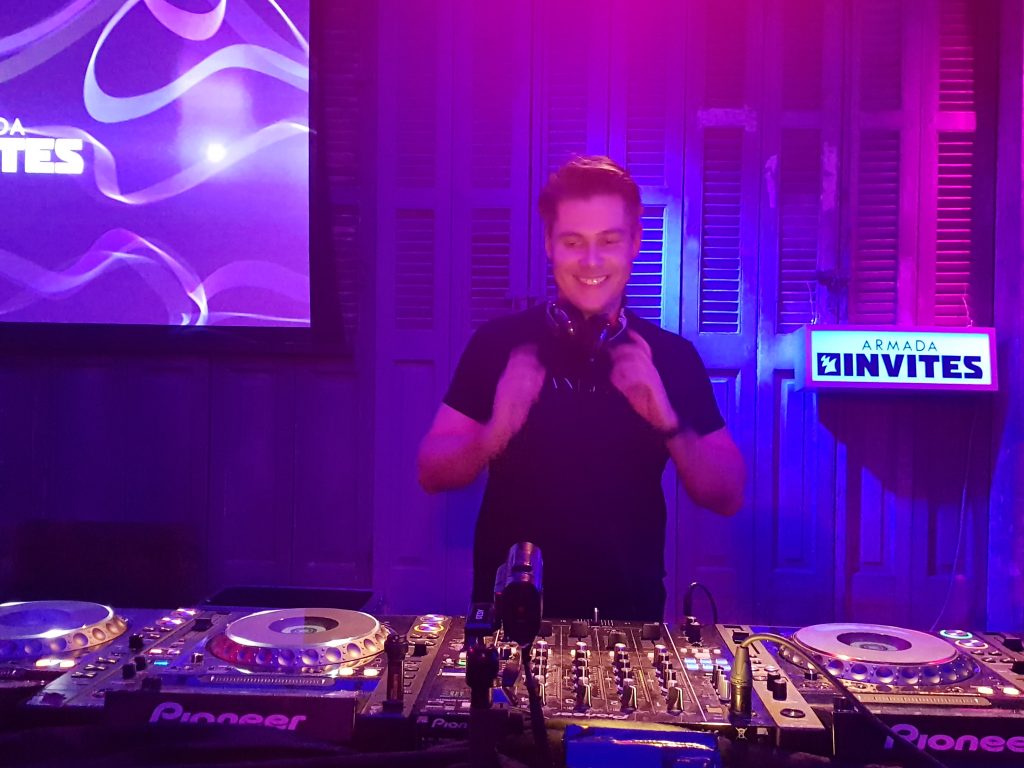 First melodies and sounds with Radion6, and his smile was an addition

The first one to come to decks and to open the evening was Radion6. The night was about to begin with the sounds of music we were hungry for, and the whole world that moment turned into one place, one club, one event and one love for trance music we were sharing from our hearts. I bet I don’t remember such atmosphere and event at the moment to be compared with this intimate small party at Armin van Buuren’s and A State Of Trance home with DJs you admire, where everyone is celebrating to be there.

Radion6 was probably the best possible and pleasing choice to open this event. The way he was playing and enjoying music by himself was a joy to watch. We were diving in the first melodies and sounds of the night he gave us, and his smile was an addition to all of it. There was no such need to jump, shout or clap the hands – the whole atmosphere being at Armada’s “The Club!” for special A State Of Trance pre-party and first trance tracks with Radion6 playing in front of us had already done it by itself.

Sometimes it looked like you couldn’t realize and just perceive where you were. The party was shining just as the top of all possible events to reach, to be, to attend. In addition, the DJs were enjoying the night without that challenging feeling being on the stage in front of thousands of spectators. That’s another one reason why it was such a private and personal party, thrown just for ourselves. 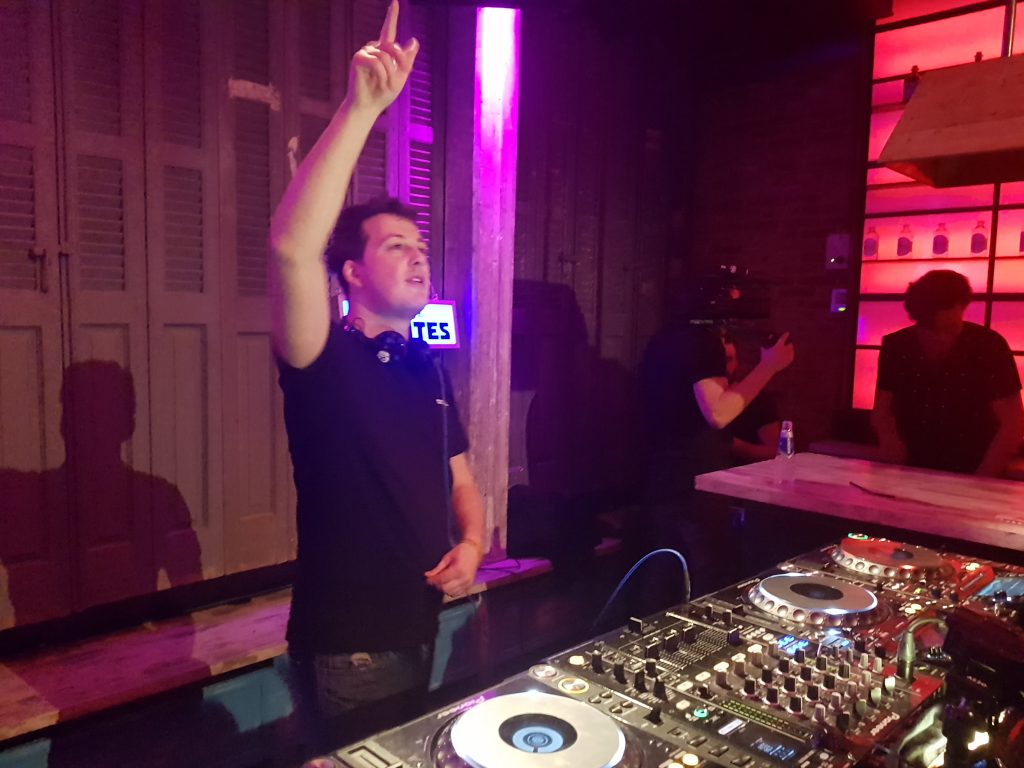 With Davey Asprey it was an explosion of happiness, emotions, exploding of the evening. We were diving into the tracks, this place and the atmosphere Each other. Davey’s selections to play for us were so right after Radion6 opening melodies. I was thinking, how small and compact the world could become just after few sounds played by the DJ in front of your eyes? And how small gests of Radion6 as the signs of wishing success for the second DJ could fill out the hearts.

The young guy from England, Davey Asprey, took all the attention while precisely playing with decks and making the crowd become one big wave lost in pure trance sounds. His own remix of “Muhanjala” by Duderstadt made the night and hearts burn with nostalgia. It was legendary Duderstadt, quite silent nowadays, who reminded ASOT400 celebration in Germany years ago with the unforgettable set to play there, and this one release was the only news from Duderstadt during past months.

The set, time after time being “spiced up” with deeper stronger beats and such fresh tracks as Rub!k & Ruddaz’ “Kiki” with light flying vocals, made us get into the state and beauty of trance. Then Davey dropped his own “Fallout” and the crowd was looking like the sea of dancing hands. The atmosphere was burning out inside the club and with the last track of Davey it was so ready for the next DJ, Rodg. I could never believe it was just half an hour long set of Davey Asprey – took us in such a musical journey.

Rodg brought us to deeper stylish travel through the sound. And more vocals. More of flying. Kyau & Albert’ track with Jeza “Bring You Back” was the moment to remember, to record, to sing, to enjoy, to love, to share. DJ made the party proudly look the one everyone would like to join, until the classic track of Robert Miles, “Children”, in Mike Shiver’s remix immersed us in the magic of sounds and the moment, when own memories and emotions related to this melody were touched. Rodg made us feel we were in the most special and right place for this time and evening – and that really was, the magic beginning of whole A State Of Trance festival weekend celebrations, the first and the most intimate, exclusive and just the only one. 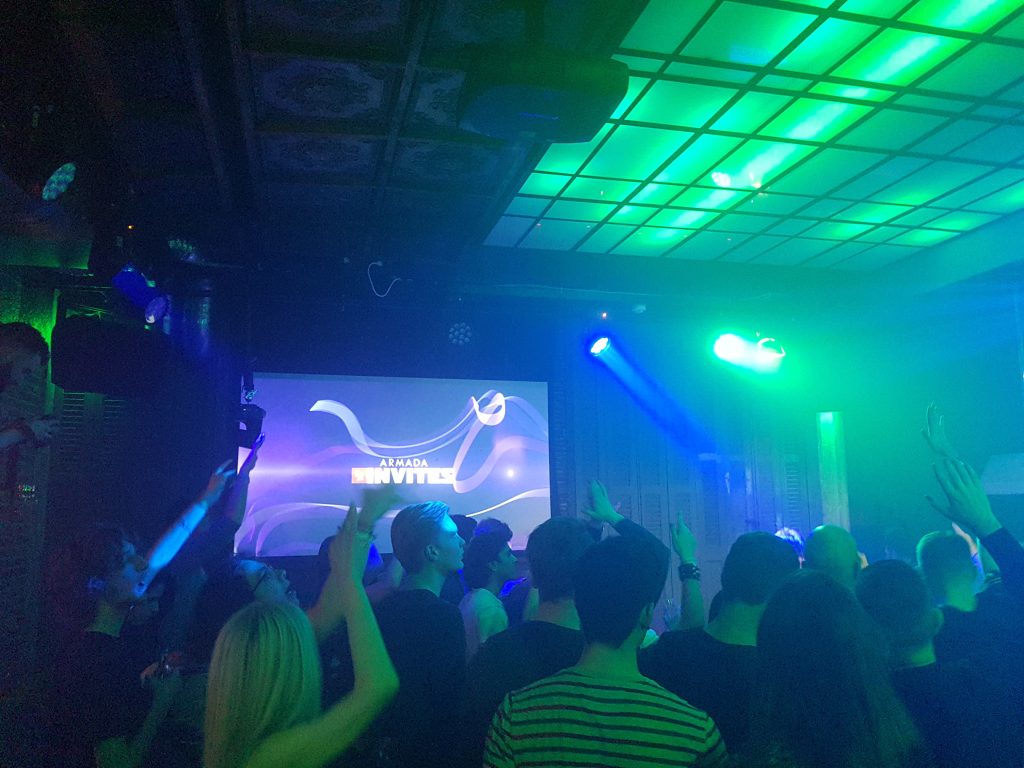 The highlight of the night was Ruben de Ronde. Just Ruben, “the face” of A State Of Trance radio show, whose studio was around the corner. When dropping own remix of Gareth Emery & ’ “Saving Light”, so seducing and attractive from the first beats, Ruben de Ronde turned our small intimate party to the sea of hands and singers, to one cozy Friday’s night in Amsterdam like small music addicted people’s world, from which only a trance lover can know the worth and the significance.

With Armin van Buuren’s summery track “Sunny days” in club mix the party became a festival season’s celebration somewhere like Ibiza, relaxing and making us smile, enjoying the summer vibe. The question, what could mean to hear track of Armin van Buuren at his artistic home, Armada music’s office, at that special dedicated to his festival pre-party, when everyone sings or just whispers lyrics so close to your ears…, might be unanswered and left blank. All the words won’t be worth the feeling and value of that moment at Armada’s private club with trance DJs and trance addicted people all around you, in front of you.

When we had to leave after Ruben’s set to move to “cover” another one A State Of Trance weekend’s event, every step from the club to outside was small prick to the heart, when you know it would took another year to experience it, hopefully, to be in that moment again. To be again in that music home, trance home, Armin’s home, A State Of Trance radio studio home. 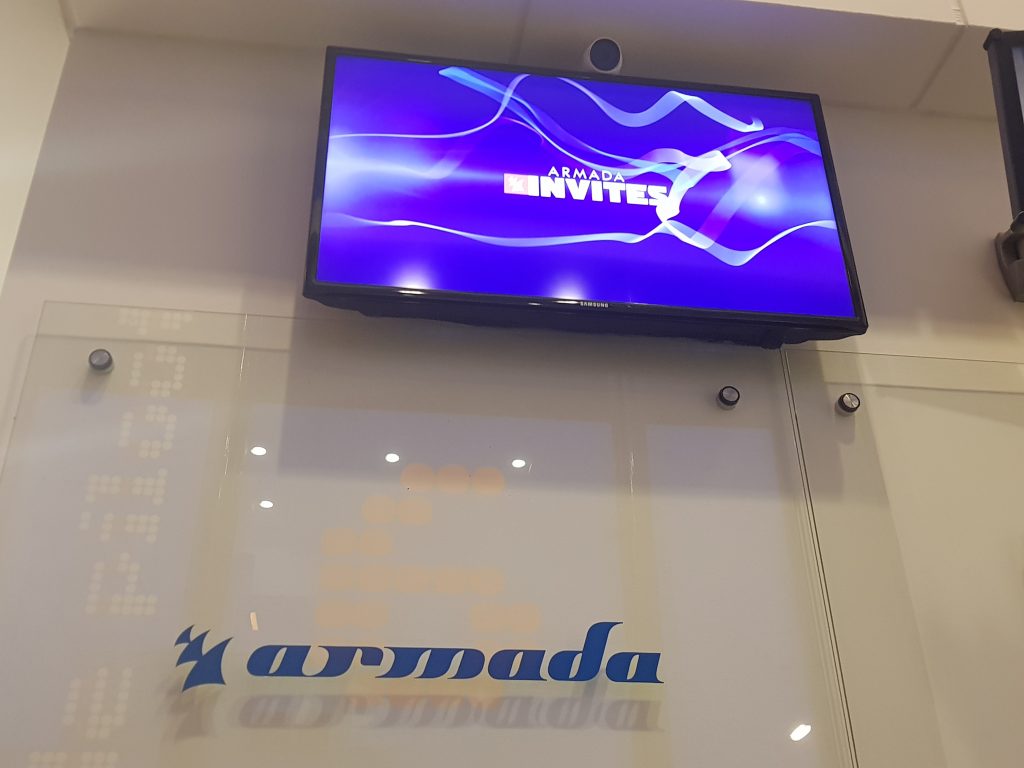 Even outside, while sitting on the ground, this place with the blue logo on building’s wall were more than the lighthouse of the night. It was the place I could run million miles from home to enter again. Where the world becomes compact turning into one corridor, one stairs or just one Armin van Buuren logo on the wall. Where the world literally closes off…