Throughout the years, Armin van Buuren has remained one of the most relevant trance DJs. He has promoted trance around the world and has introduced many people to this genre. However, in the most recent years, his personal style has been shifting: some say that he’s following commercial profits, some others may defend it as a personal creative path. Whichever is the case, it seems that Armin is coming out of his State of Trance and going towards A State of Something Else. 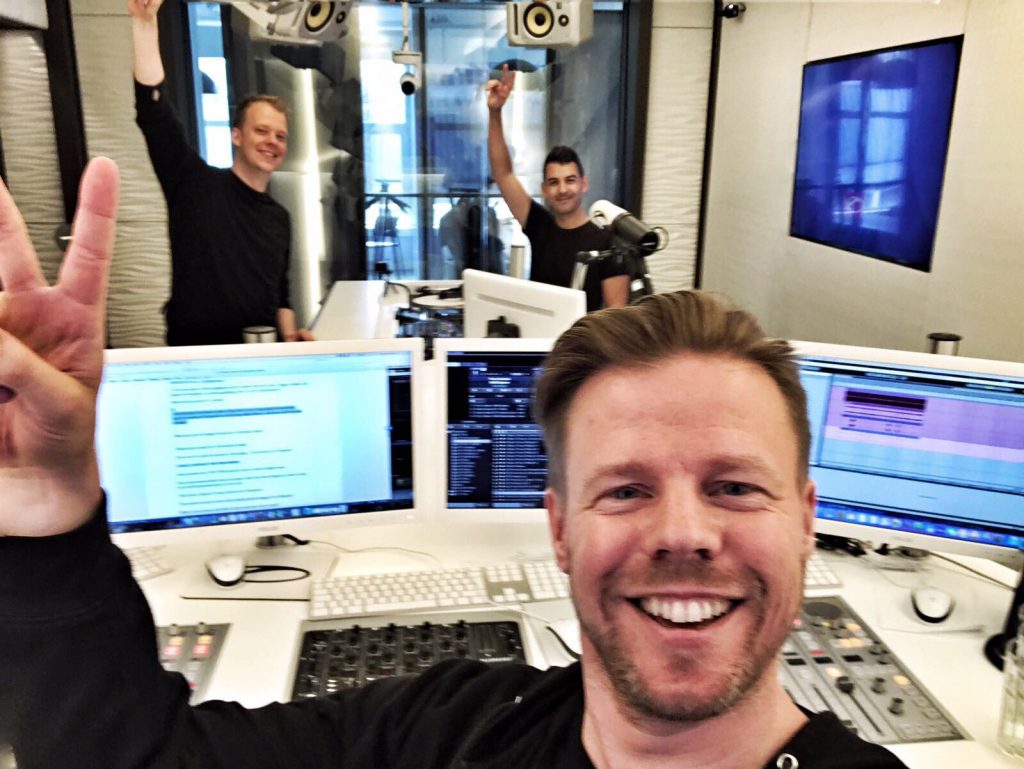 Last week, we heard the first of many yet-to-come A State of Trance takeovers by friend DJs. The pick for the first one was Ferry Corsten, which in my opinion was a great decision, but at the same time is has risen many questions: if A State of Trance sounds as good without Armin, is Armin expendable? Is he replaceable?

Let’s observe the facts. Many trance purists will dare to say that he turned himself into expendable the day he started experiencing with other genres. I will omit that regard because I think that’s a debate that is deeply loaded with emotions and questionable but also respectable arguments.

When I heard that Ferry Corsten was going to host one of the ASOT shows, I was curious. Ferry has his own show and his personal style. He plays his sets in a different way when he’s on the decks and of course, his personality and charisma are quite different from Armin’s. In this sense, I’d say that as an entertainer, Armin has always taken the lead, whether in his radio show or in the gigs, one of his main strengths is the way he transmits his energy to the crowd and the things he can create regardless of the music he’s playing.

I felt that to some extent, Ferry has always had a less euphoric approach in Corsten’s Countdown as he usually limits himself to introduce and explain things. He’s used to a more structured, and maybe Dutch-er way of carrying his show out.

The latest in trance and progressive is back

It’s interesting to see how the music was mixed and presented this time. I’m uncertain if Armin was completely exempt from the selection of this show, and I hope he was for the sake of diversity. Ruben de Ronde was still there to bind Ferry’s ASOT and the weekly ones that we have all incorporated as normal, acting like Ferry said, as an anchor.

The show started with a very progressive track and a little introduction where Ruben de Ronde was asking Ferry how this takeover came to fruition. It is interesting to see how the roles were inverted for a while, and Ferry seemed to be the guest even if this time he was supposed to be the host. I find that as a clear sign of his personality since he’s really humble and laid back.

The first 15 to 20 minutes were building up to the most energetic tunes. The selection of tracks in itself sounded a little odd to what Armin has been presenting lately, but that’s not a bad thing! On the contrary, I particularly enjoyed listening to sounds that may end up left out by the original host.

In general terms, the ASOT takeover by Ferry Corsten was an absolute success. It was memorable, it was uplifting and euphoric, it was emotional and above all, interesting. In the last few months, I have found it difficult to stick to ASOT throughout the whole show. Sometimes it bores me to death and that, in my opinion, is sad.

It seems that ASOT is not the same, or maybe I am not the same. But in every regard, I can’t stop thinking whether Armin hasn’t covered already all that he had to and now should leave this spot to someone else. But also it makes me think, who in this world can replace Armin as a symbol of trance?

I’m not questioning the skills of any of the other producers and DJs, I’m thinking of the icon, of the synthesis of DJ, producer, and artist. And sadly enough, I think we’re not ready to leave Armin behind.

A State of Trance can live on without him, that’s for sure. His legacy will probably linger in the History of trance, but can any of the other radio shows come to occupy the spot of State of Trance? Only time will tell.

In the meanwhile, we will have to wait for the next take over and see where that leads in the next occasion.

In the meanwhile, and in case you haven’t heard it, here you have Ferry’s takeover of ASOT

Big festivals Vs. Small events: Which to choose?