Up close and personal with Blastoyz 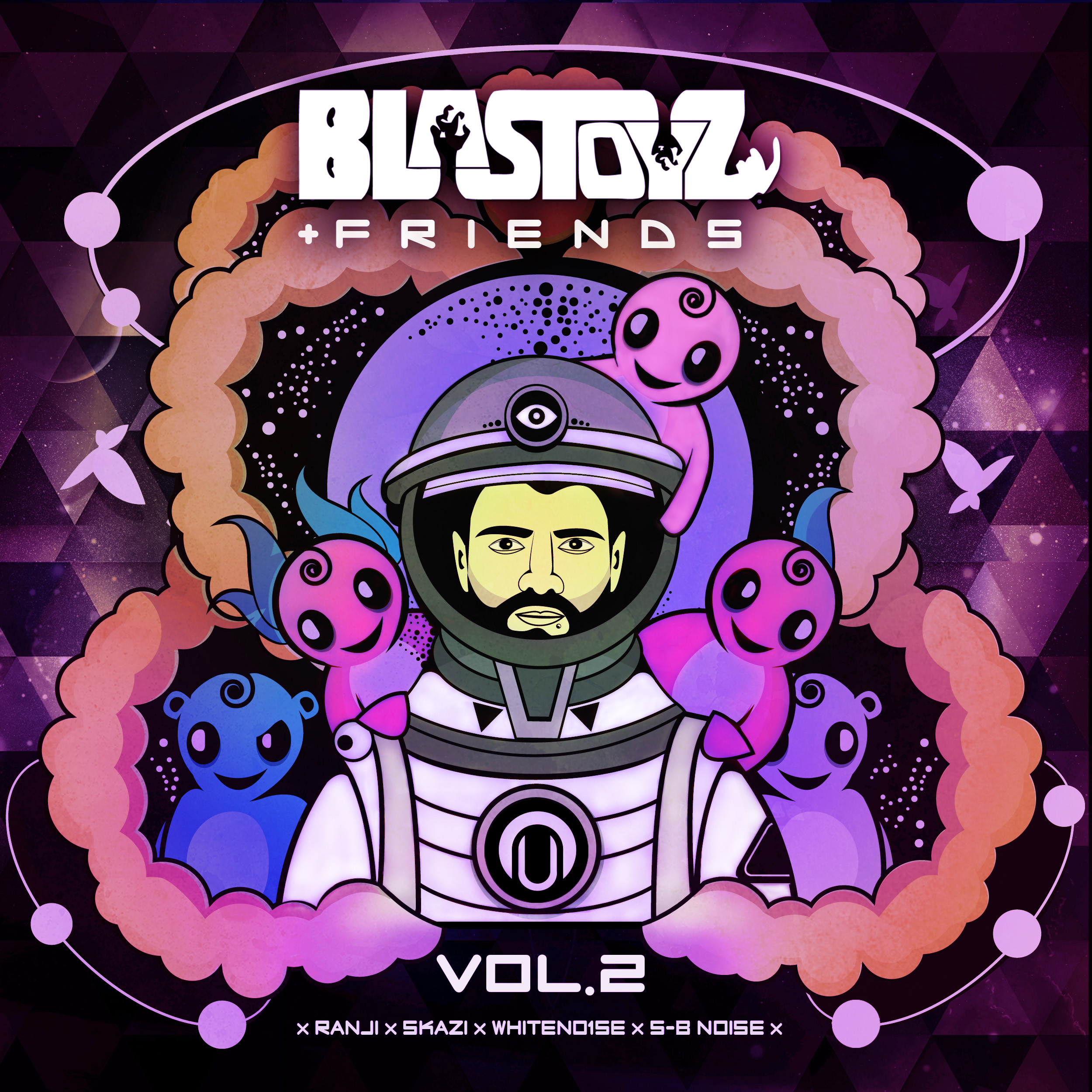 When I said Blastoyz is one of the promises of psytrance, I was being honest. After he delighted us with his previous compilation, I had the chance to do an exclusive interview with Blastoyz.

It is fair enough to give the word to him, because being both a DJ/producer and an Israeli citizen himself, he has the authorized word to give us a deeper insight about how Israel and psytrance are tied together.

We introduced Blastoyz in the previous article, but now it’s time for Blastoyz to introduce himself, who is Blastoyz?

I am Kobi, also known as ‘Blastoyz’. I’m 26 years old, born, raised and based in the capital of Psytrance – Israel. I’m travelling across the world non-stop – every-week in a different country, playing my music in festivals, clubs and everywhere possible, trying to reach to the people who want to see me play. That’s my life, Happy to see many countries and reach to my fans across the world.

Must be exciting to have such a lifestyle, travelling the world, doing what you love. Where do you get your inspiration to create a track?

On the previous article I spoke about how Israel and psytrance were probably tied by the life experiences of its people and with the needs of the crowd. Do you think that the everyday reality in Israel has had an impact on psytrance?

We do live here in really stressful country, I can feel it mostly when I’m here, and it definitely helps release all the stress when I produce this music or even when you go to a psytrance outdoor party to dance. It helps you release your mind from all the tension and mainly to forget about -almost- everything.

We said there’s no psytrance without Israel, and no Israel without psytrance. Why do you think it is that way? How is the psytrance scene doing there these days?

Psytrance is super popular here in Israel, It’s played almost everywhere you can imagine, from radio stations to weddings, college/university parties, etc. Almost every club here is playing psytrance towards the end of the event as a ‘grand finale’ and people love it. It’s something really common in this country – we just love this energy.
Most successful psytrance artists from all times come from here such as: Infected Mushroom, Astrix, Skazi… they made history and so many talented artists are coming from here over the years which is amazing. Sometimes you see a whole lineup in a festival overseas covered with artists from Israel!

It must be amazing to find that psytrance, being so linked to Israel, is expanding all over the world. How do you feel when you see more and more producers starting to produce psytrance and psytrance-influenced tracks?

It’s really good! I see the next generations coming up as the way I was in the past: I had this dream to fly and spread my music all over the world because I’ve seen Infected Mushroom and other Israeli DJ’s doing it when I was young.

It really touched me and I put all my energy and my life to make this dream happen. So there is more and more producers who have this dream and it’s amazing to see people who pursue their dreams.

Do you think yourself psytrance is the future of all trance music?

Psytrance is definitely getting bigger and bigger over the years. Started as a really underground genre, all the way to become what it is today: super popular.

I feel it because I’m also being invited to shows in incoming countries where psytrance artists almost didn’t arrive yet. Psytrance is also played now by huge artists from the trance & EDM scenes such as Armin Van Buuren and KSHMR, who both played tracks from Vini Vici among others. It’s a big thing for us. We are all really proud of it.

I bet that you must also be very proud of this two fantastic volumes you have compiled. What can we expect after Vol.2? Perhaps a Vol.3?

Vol.2 will be as amazing as Vol.1. There is really amazing tracks I made with my friends Ranji, Skazi, White Noise & S-B Noise this time. Every track tells a different story with different BPM’s.

I’ll take a break on collaborations after the Vol.2 to create a bit of original solo tracks, and maybe in the future I’ll release another Vol.3. Why not?

This time I had exclusive access to Vol. 2 before anyone else and I have some thought about each track, as usual. This is the second and last part, but just for now. SO ENJOY IT TO THE MAXIMUM!

This is not just another Blastoyz and Ranji track.

Compared to all the tracks, this must be for sure the darkest of all. You can feel the journey through the rabbit hole. And this one is particularly dark.

The sound is dark and the voices, oh the voices. All that makes this track special and unique. You can notice clearly Ranji’s input as the sounds are in a lower key, and also in the trippy sounds that reminds you vaguely of Lights on, specially if you pay attention to the beats and the tempo of the track.

In a nutshell: dancefloor smasher that is perfect for the summit of any psytrance set.

Skazi and Blastoyz produced in ‘Fear’ a track that definitely has potential to become a classic.

‘Fear is something we conquer, something we fight.’ That’s how this track starts and I doubt you will be able to fight against this track. Typical psychedelic sounds mixed with a powerful melody, that drops some hard -very hard-, acid and, tech trance reminiscences.

Distorted sounds carry you towards the end, where you’ll find a surprise, probably something you should fear!

There’s a lot of Blastoyz but also a lot of WHITENO1SE into ‘It’s Time’. This track has something that makes it stand out in every sense.

It has a cinematic beginning makes you wonder what does this ‘it’s time’ refer to? Then it opens up for an epic feeling, with some voices that appeal to your emotions and will give you goosebumps.

Then awaits for the monster to be unleashed. Yes, the monster I mentioned at the beginning lives in this song.

But it’s not all about the monster. There’s also room for some heavenly sounds mixed with a sick beat: there’s a punchy drive all along that is super powerful. Perhaps one -in my opinion- of the best tracks of the Blastoyz and friends compilation overall.

This collaboration between Blastoyz and S-B Noise has a very important asset: you can feel both styles overlapping, melting and joining into an awesome synergy.

This track could probably be set in outer space. Very creatively produced, it is intense and gives you an overall good vibe. It has an interesting build up and a speedy crescendo that leads to a very cool pay off moment.

Once it starts with the pounding beats, it’s difficult to avoid the euphoria and the need to move to the sound. A thrilling piece that is pure psytrance and you will definitely love.

This compilation -joining the two parts- is an exciting advance for the many years of career that Blastoyz has yet to come. It gives as an insight to a young and daring producer, who is not afraid of experimenting new sounds and exploring new ways.

Volume 2 has put the focus on a harder and darker side of psytrance and it succeeds. It takes us along the dark side of this style and leaves us craving for more. This is not just psytrance, but a futuristic approach into it.

In every way, this is definitely the right match -and complement- to the Vol. 1, in every sense, completing the journey we started there and who knows where it will takes us next!

Perhaps psytrance is not the future of trance, but one thing is for sure: it seems that it is already taking over the world!

You can listen the entire album anytime, HERE

You can buy the album HERE

You can buy Volume 1 HERE

Help us help with the Shoebox Project!