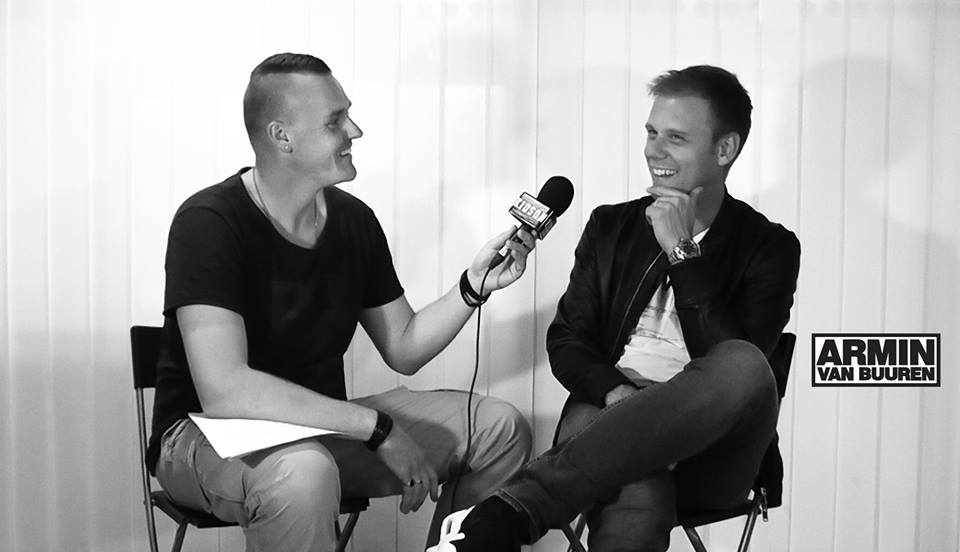 He’s been named number one in the prestigious DJMAG Top 100 poll four times in a row, as the first DJ inthe history of the DJ Magazine and an indication of his prolific output over the more than 14 years that’s Armin van Buuren has been DJing and producing. He’s a spokesman for trance and he reaches out to millions of listeners through his very weekly radio show, A State Of Trance.

I caught up with Armin van Buuren right before his set at the Summerburst festival in Stockholm, Sweden. Part from having so many questions of my own, I wanted to mix it up a bit. Make it even more Interesting, both for you the viewers, but also for Armin van Buuren himself.

So before the interview I got in touch with Ben Liebrand. Ben is a dutch DJ icon, and was actually the one who inspired Armin van Buuren to become a DJ. I wanted to see if he had a question for Armin, he did. A question that turned out to have a very personal answer.

I also got in touch with Armin’s brother Eller, I figurer since he knows Armin very well, I wanted to see if he had a question for him as well – he did. And it turned out to be a very interesting one as well, hear Armin’s view on something he gets to do a lot of – interviews.

We also talk about the life of a world traveling DJ, hear how traveling the world has made Armin feel like a richer person, not in money but in experience.

Original post made by and with courtesy of Viktor Kidson, Kidson Media Production. #TeamKidson