Written by Simona Kanapickaite on November 6, 2018

I started the journey in early morning’s Tallinn heading to the capital’s port for 2 hours long ferry to Helsinki. The morning was just down over the town with early and empty streets, and a few tourists waiting for slight rain to end up under hotels sunshades, savoring travelling moments. Picture of old town’s towers on the hill under painted-like skies was just passed, and with coffee in one hand and umbrella in another I was leaping to the port’s waiting hall for first time ever ferry to Scandinavia.

The enormous ferry with music notes on its sides was like cherry on the top for music lover, crossing the sea for second one trance event – Electric Festival. 3 days’ music event was a particular and the most alluring opportunity so far to visit this city the first time and combine it into one possibly so worthy expedition. It was so worthy, it was such an expedition and experience jointly, from the ferry leaving rainy Tallinn and getting into endless waters.

Just from arriving to Helsinki it showed up like unexpected city with so polite Finnish people on public transport, the feel of ferries port and the views around it like nowhere else. There was a moment in Helsinki, so underrated city, spot with involving streets to get lost, similar to each other, and those neighborhoods willing to explored meter by meter and just watch your senses coming by.
The quality bus left out near the festival venue, city was impressing on the way like nowhere else, like nothing else, by last strides in this new planet under its evening skies between modern streets, strangers teaching you that attractive Finnish. 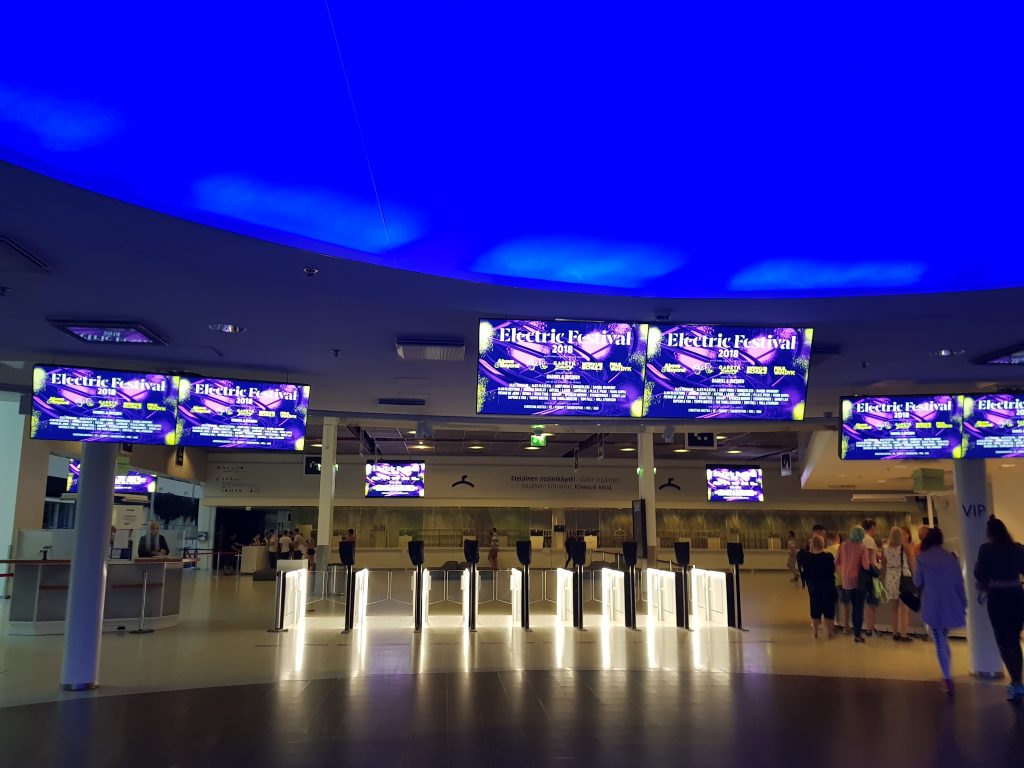 Venue itself was shining, surprising, quality from chairs left to chill from lights in all the areas and cafes

The venue itself was shining. Located in the biggest and best-known convention/expo center in Finland, it was prepared for the trance festival from first steps and sights by quality posters and screens. Here I encountered Helsinki events prices – mandatory security check costed 5 euros/night. I have never seen such charging around the world for being checked when you can’t refuse it. If you leave the venue and have the stamp of the check, you can return the same night without additional check, but next festival’s night it’s starting over.

The venue though wasn’t comparable to any, or just to A State Of Trance’ home in Jaarbeurs, the Netherlands. But this one was still more surprising and amazing, quality from chairs left to chill from lights in all the areas and cafes. “It’s all about quality” – I was messaging to trance friends chat. And this travel was already so worth itself.

From first names coming by the lineup was high quality too – the biggest stars of trance music scene were booked for Helsinki’s festival. We could get lost into mainly Finnish trance crowd wearing their family’ t-shirts, topped by several Italian fans and single one from Belarus. Other countries’ fans were disappeared in the crowd or didn’t unfurl their flags, and that’s the strong wish for Electric Festival – to attract more international visitors to next year’s edition.

The pure joy was there, where we just could enjoy being and having this chance of partying in Helsinki. There’s no need to mention sounds or stage’s visuals quality, to name the DJs themselves together with pure trance singles, which were played for us. The festival was unexpected as the Finish city itself. It was the mansion to forget what was remaining outside festival venue under bright and rich lasers, when the mainstage turned into underground club and it was even more than trance night. Crossing and covering, colorful visuals were immense and strong, it took over, made music the second plan. The moment when you can’t pause recording or taking pictures of the mainstage and its lasers, visuals, lights, screen… 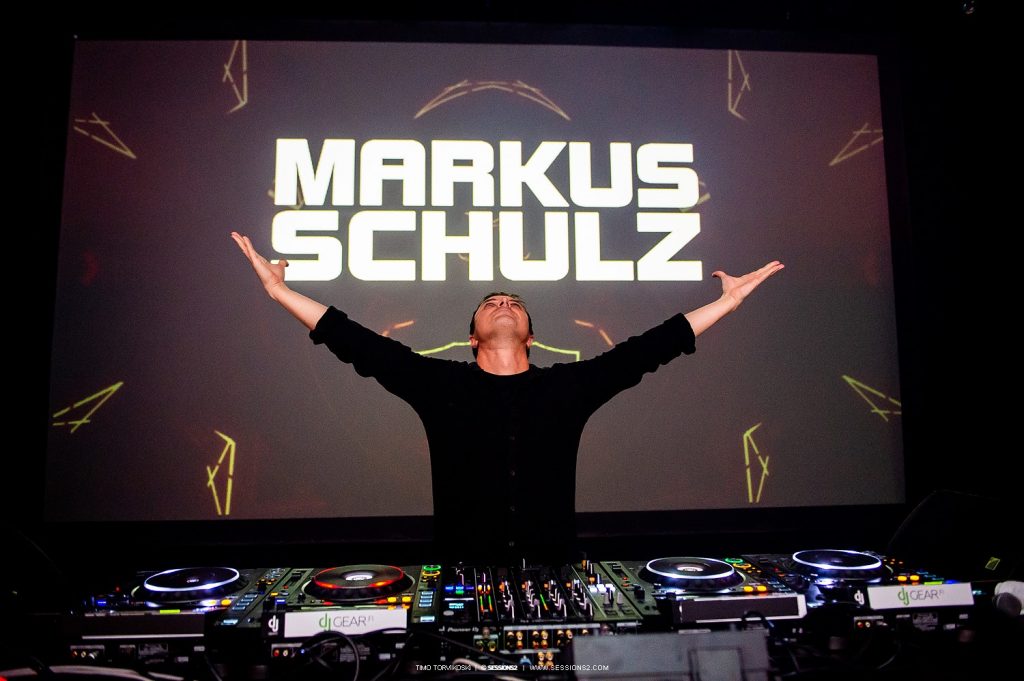 DJs names from lineup were the biggest stars of trance scene

There was the second, smaller, more intimate and colorful stage for friends atmosphere’ partying and to explode in Helsinki night enjoying every single beat. The stage was specific about classic melodies and DJs just a step away. During some sets it was so attractive that trance fans forsook their meals or stopped chilling to run thither.

When legendary Paul Van Dyk came to playing his own classic tracks along with lasers over Finnish fans sea – these moments have been remaining so valuable and precious – another one evidence of this trip’ value and so proper choice to make it despite the blues after.

And so were all three top Helsinki trance festival days. Quality, moments, the place to be, where tears dropped during The Thrillseekers’ set and classic of classics Delerium’ “Silence” at 5:30 am… The early morning in Helsinki to give back to it the last drops of your energy and emotions, when you can scream being amazed. There was a pure big joy and traces of those instants have been locked up in the heart deeply. “It was more than wow” – told the organizers at the very ending of that festival’s day.

Outside the venue it was the dawn and new clear skies’ day, when you wouldn’t be able to get any sleep and rest, because every hour of it was costing overmuch. Because it was Helsinki. Under hot sun and streets there were the stories covering the journey in the way you weren’t anticipating to feel. 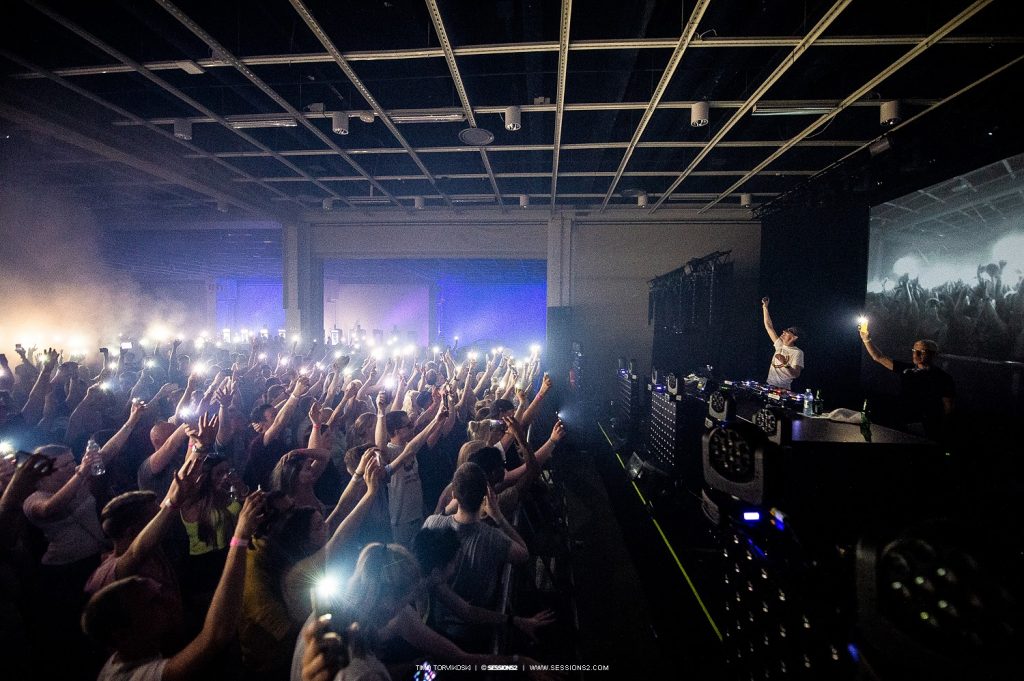 That was Electric Festival: quality, moments and the place to be, where tears can drop at 5:30 am, together with last drops of your energy and emotions 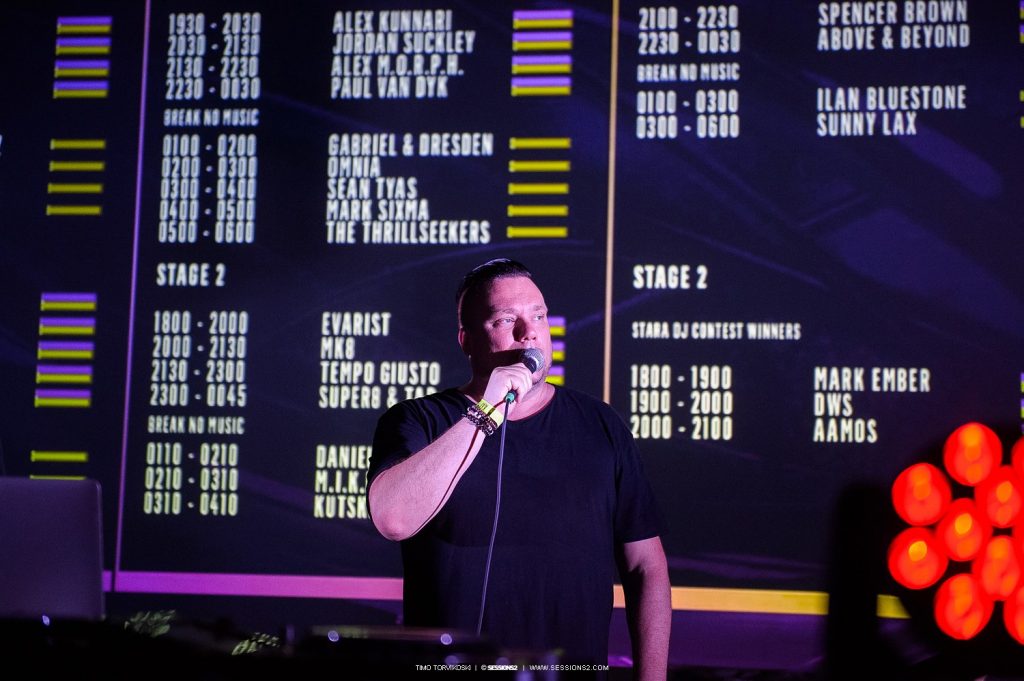 The man behind the festival – Alex Kunnari, so his word about next year’s edition we were waiting for, and it was announced!

After festival closing there were minutes to sit on your flag at the street and stay amazed. Or loose myself on my way to the festival or back, and every time you just want to step slower, get deeper into this city and to savor their language. I was taking a bus trip around city center in the morning or at night, but not a repose, the minute in Helsinki was too precious to miss.

After the festival empty paths to the accommodation stop were colored by difficult crossroad of prolonged goodbyes and eyes contacts with no talk.

The intensity of the feeling and sensations on a ferry back to Tallinn by thousand shades of blue skies and waters, in the midst of the sea? I can’t resume it up to nowadays, yet after several weeks. Electric Festival and Helsinki became an unexpected top of past summer and the news about second edition’s date was the premier one to be awaited next year.