Written by Simona Kanapickaite on November 8, 2017 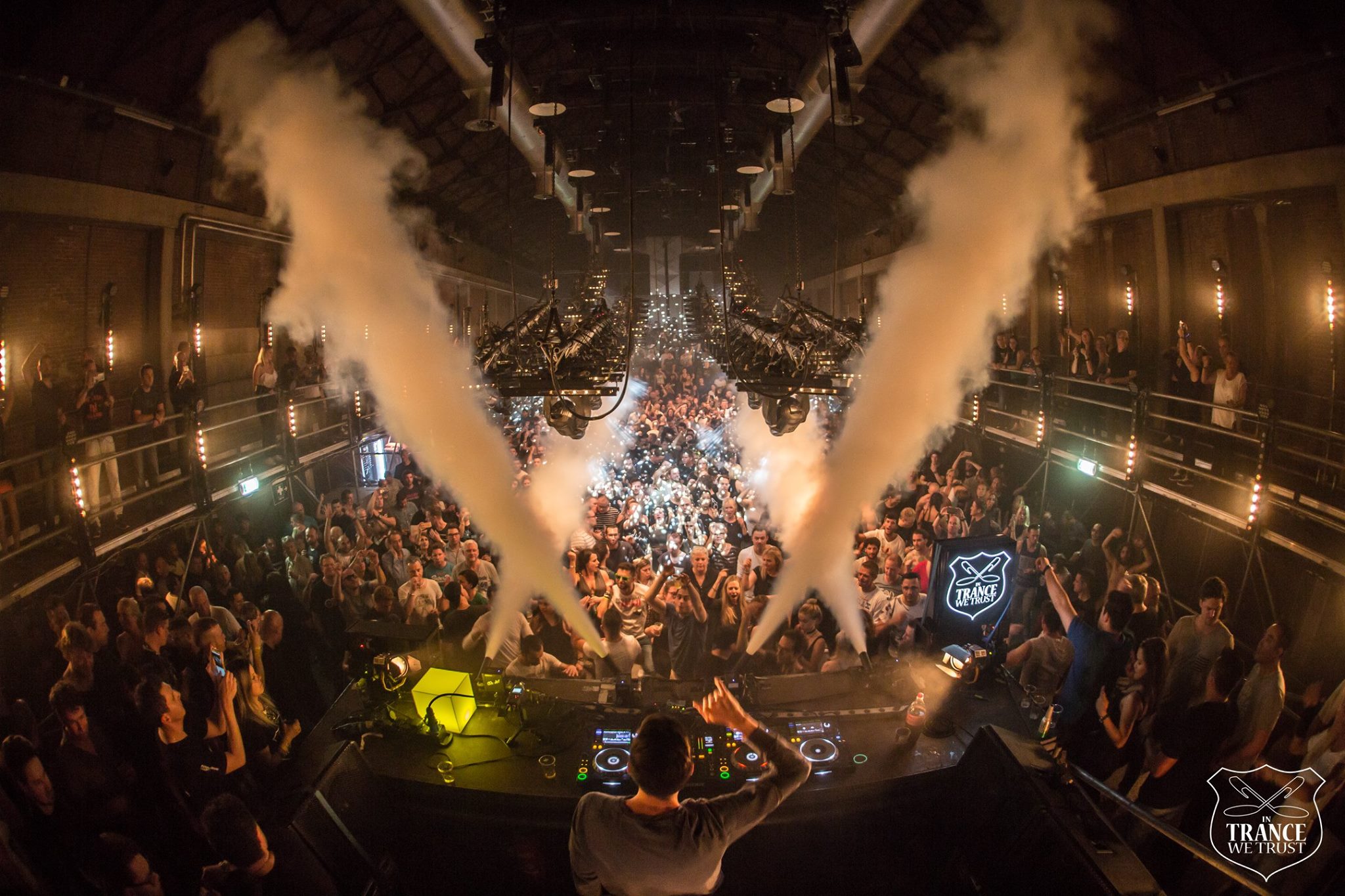 Every year this festival means the beginning of trance music parties during Amsterdam Dance Event. Followed by at least three nights in a row, In Trance We Trust festival fills hearts with the miracle of meeting friends, trance lovers, from all over the world for the first time after months or even years, and I know that here we will start burning for the following days and feel Amsterdam Dance Event is our miraculous music home, where we all have arrived. 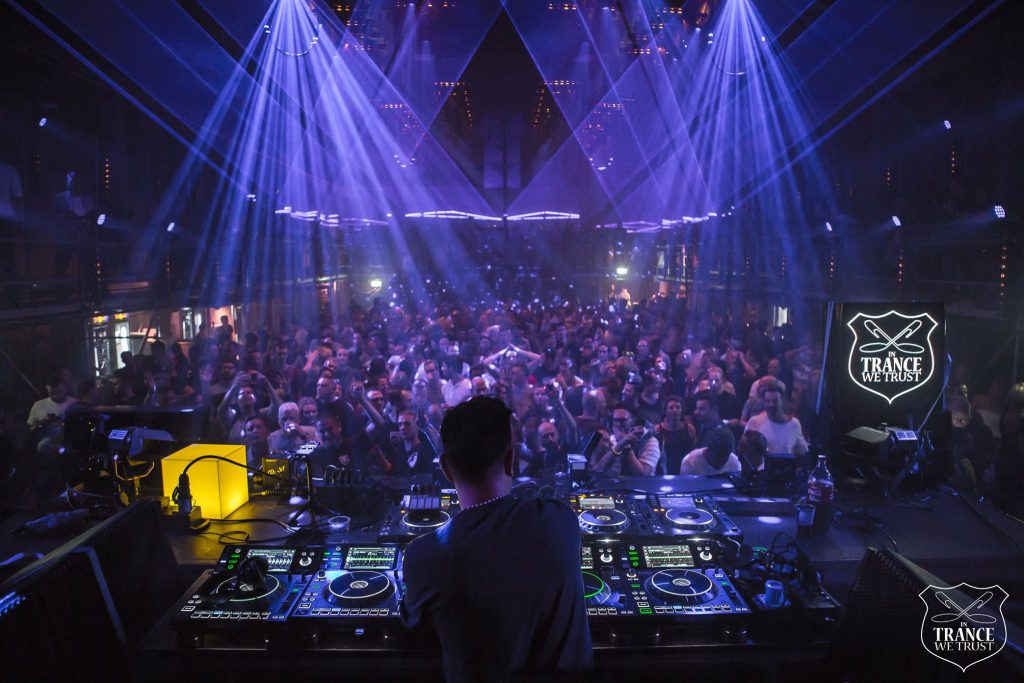 The shining In Trance We Trust festival’s main stage

With every hour in summery Amsterdam, every sunset and the night lights, we got closer to the start of city’s music week. No surprise I’m meeting trancers from Germany on the same bus going to the same place. Last steps to the venue with an excited heart. I spent some time outside just to watch arriving trance lovers and wondering to greet and thank each and everyone of them for joining this start of music week celebration and journey through sound. The last minutes for our joy and passion for trance to finally explode – we are impatiently leaving our belongings, except some confiscated flags, in a locker and we are running to the stages as if they were the chambers in a sanctuary.

This year In Trance We Trust festival prepared 3 stages as our temple’s rooms: the shining main stage, an intimate stage upstairs and one seemingly secret and tempting underground party. Time at last one stage and some sounds played there reminded me the atmosphere of iconic club Fabric in London. The stage was small, dark, with the DJs hidden by the front row in a mist and hidden mobile signal without letting me know magical tracks played by DJs. The whole surprise at underground stage was Niko Zografos set. Plenty of his own remixes and reworks, started with tender intro of Yuri Kane – Right Back. Later, including the sound of Above & Beyond, pure, perfect and uplifting sound has followed the intro and the entire set was an unexpected gift for our senses at the underground stage.

From the very first ADE celebration moments we got into vibrant and magic trance energy. Started with Alex Di Stefano, we were diving into class uplifting music world with no pause to breathe and just to celebrate in a sea of hands. During the night the track of Amoeba Assassin – Piledriver, in a Greg Downey Remix, was played a couple of times. Flowing in my head from Trance Gate festival in Milan, it was like unstoppable music destinations line to hear it again here, when Greg Downey himself opened In Trance We Trust festival at main stage. Will Atkinson surprised by the remixed track “It’s a fine day” – the original track by Miss Jane is almost 20 years old, from the times when trance started developing as a separate genre, and my personal beginning of magical journey into trance. 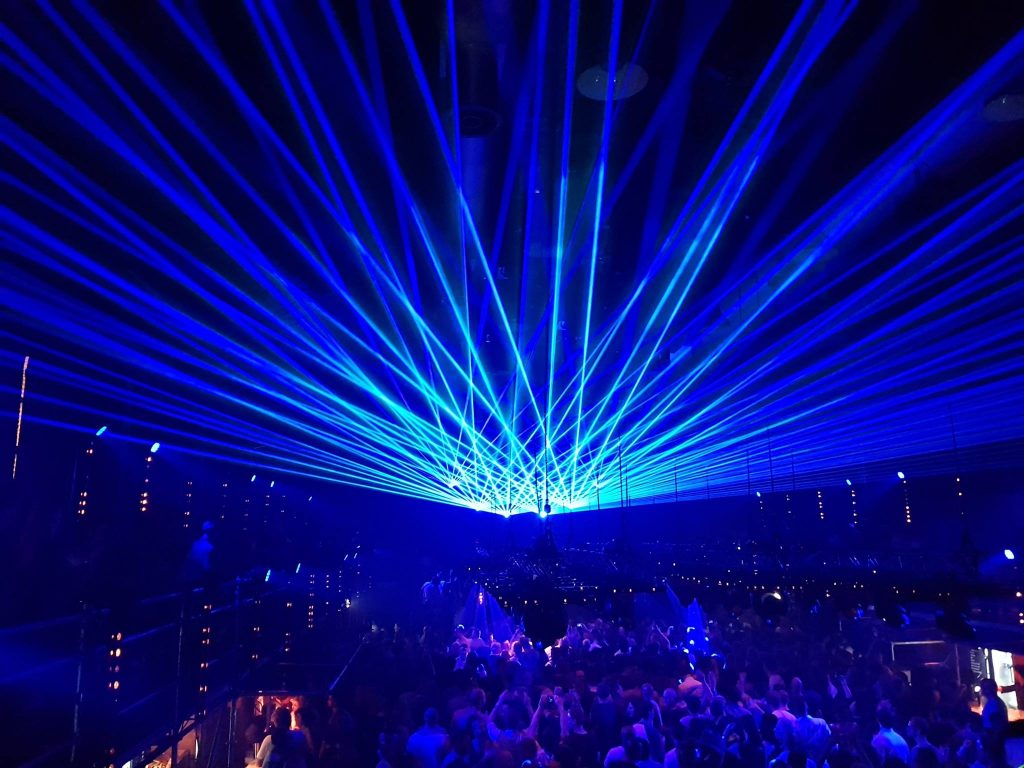 Covering the top of own world in Westerunie, luxuriant lasers were getting down on the dancefloor like dense falling skies

Paul Oakenfold‘s set for me was the time more about the lasers than the music itself. So wide, covering the top of own world in Westerunie, it was blowing up our minds and astonishing our eyes. Blue, vibrant, with some golden sparkles landing down. The most perfect view of ADE start we could proudly share around after the event. Some classics played by Paul made us lost under luxuriant lasers, which were getting down on the dancefloor like dense falling skies. You can just stand upstairs and watch the dancefloor being covered by giant colors and stripes, and just to be amazed, astonished, with no feeling of time, date and place.

Many attendees were waiting for the master, Menno de Jong‘s set. With melodies of psy and uplifting trance at the beginning, it went softer with the single by Bryan Kearney & Plumb – All Over Again, and we were flying and burning at our ADE. The mainstage was celebrating the start of Amsterdam music week, full of music, life, and of our joy and passion for trance music. Above & Beyond pres. OceanLab – Satellite (James Dymond Simple Update Bootleg) – there’s no trance lover who could not know this legendary track. Now in a set of Menno de Jong and one of the most perfect remixes it was a symbolic blast of that night, trance life and ADE.

The peak of the night was reached with Menno on the decks. His set was a masterpiece when you can’t get tired of any trance sound, it just changed to another one, came back again, develop, grew and then let us flow with dreamy vocals and melodies. Every moment seemed too good to be true. That was the start of ADE, when you can come to conclusion – nothing matters, when you are here, there’s no cost and barrier of the efforts to arrive. Just to be here, to devote yourself to the music, emotions and feelings, and to start Amsterdam music week. 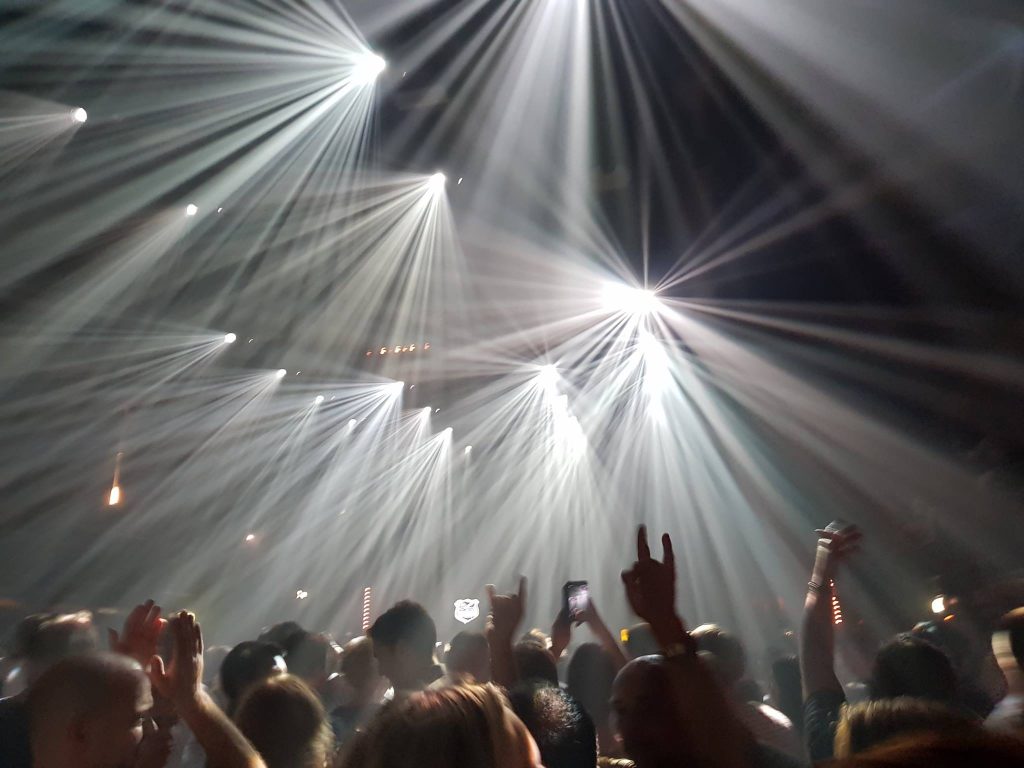 Nothing matters, when you are here – just to be, to devote yourself to the music, emotions, feelings, and to start Amsterdam music week

With touch of classics, Svenson & Gielen – We Know What You Did (Alex M.O.R.P.H. Remix), there was probably nothing to add to this set. But then… the rising melody of Eric Prydz – Opus. I couldn’t dance, move, breath. I couldn’t find more special song to finish the set. This track was too special for me from last year’s festivals around Europe. Combined with visuals of the stage, it broke me up, left me breathless. And a second one – Menno De Jong & Adam Ellis track Set To Sail with vocals of Kate Louise Smith – was the purest dream to land on us like final tender touch.

After Menno’s set at mainstage I felt like after a long emotional journey, a journey that could have taken years. The whole beauty of trance sounds and history was combined in one DJ’s performance. There was no place in my heart for new music experiences and emotions…

Sean Tyas vs. Darren Porter set with psy influence at the beginning was the right choice for that moment and feeling to continue the celebration. A track by 4 Strings – Take Me Away (Into The Night) played in the Darren Porter Remix was the last touch for a night I could only dream about. Such a classic song, classic vocals, golden trance ages. Golden lyrics about trance, this is trance which takes us million miles away from home, taking us higher. Sean Tyas & Darren Porter – The Potion was my last track, so symbolic that night, pure and uplifting masterpiece created by both DJs together and that now was played for us on stage. 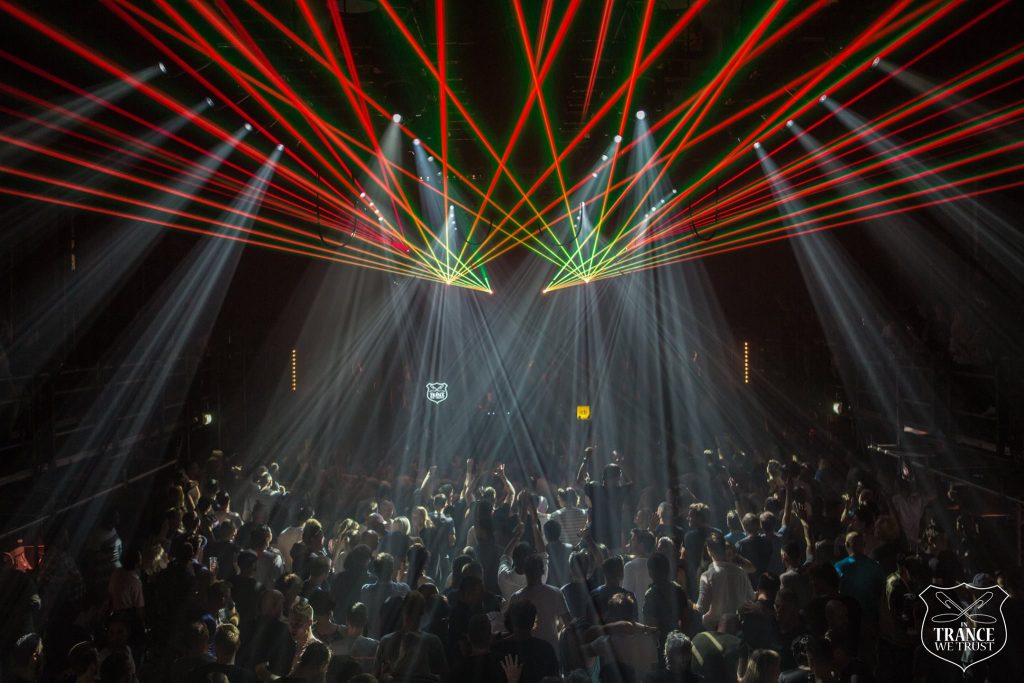 Trance which takes us million miles away from home, takes us higher

My heart was repeating and repeating melodies from the night till I reached the bus stop, where I met a sole Italian trancer coming from same party. After a conversation about life and music, solitary sounds of goodbyes at Central Station, I was walking through Red lights streets being vital and so sure again – trance takes you to the places, where life can shine like the purest dream I never want to wake up from…

Run, Trance lover, run! Lumi and ASOT in one day