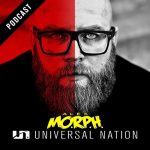 DJ Phalanx discovered his passion for Trance music in the early 2000s. In 2011 he published his podcast Uplifting Trance Sessions. Through the years Uplifting Trance Sessions got more and more attention and growth to a leading podcast all over the world. With his Trance productions DJ Phalanx gains support from Armin van Buuren, Aly & Fila, Andrew Rayel and many more. In 2015 DJ Phalanx opened his own label State Control Records. State Control Records is an electronic dance music label. The labels releases trance music at it ́s best - supported by the biggest DJ ś .

At the forefront of the dance music scene for over two decades now, Anjunabeats, the London-based record label founded by Above & Beyond, has been a hub for artist development. Counting festival favourites including Andrew Bayer, ilan Bluestone, ARTY, Mat Zo, Grum, and Seven Lions among its ranks - the brand has never been afraid to innovate and evolve in its drive to identify new gifted artists to join the Anjunafamily. In January 2021, the label launched Anjunabeats Rising: a new monthly EP series highlighting the next generation of producers influencing the Anjunabeats sound. Since then, they have welcomed the likes of Nourey, GVN, Co.Fi, Notaker, SØNIN, and Dylhen into the fold. This August sees the next step on the Anjunabeats Rising journey — the launch of its dedicated radio show giving a platform for these new artists to showcase their identity and inspirations. The Anjunabeats Rising Residency is a 1-hour mix show, with a monthly rotating cast of players. Taking control of the decks for a four month stint - fans will be able to follow their progress as an emerging artist, learn more about their musical tastes and hear exclusive future Anjunabeaats records. The first residents are Amy Wiles, G.V.N., Alex Sonata & TheRio, and Nourey.     First debuting on the label in 2020 with a remix of Above & Beyond’s ‘Home’, Amy Wiles has gathered a following in the U.K. and Europe as a regular resident on Anjunabeats tour shows, including performances at Creamfields, Warehouse Project, and Tomorrowlands. Her original debut ‘Biding Time’ was released on the June Rising EP, the follow-up to remixes for Farius and Bryn Liedl. As a member of the Anjunabeats HQ team, Amy will be showcasing the freshest releases on the label. A favourite of Pete Tong and Danny Howard on BBC Radio 1, breakbeat-trance star G.V.N (Gavin Brown), has flourished since releasing ‘I Don’t’ on the inaugural Rising EP. Influenced by the likes of Arty and Mat Zo, his love of warm chords and classic sounds has seen him embraced by the Anjunafamily. His London and Creamfields debuts are set for this summer, with his Residency show celebrating the latest in U.K. dance music. Capturing the relentless dance floor energy that has seen the likes of label stalwarts Genix and Sunny Lax thrive, Scottish-Italian duo Alex Sonata & The Rio are catching the ear of many. Having previously released on Armada and Garuda, they have embraced the darker side of the dance floor with ‘Time’ and will be showcasing groove-heavy dance floor tracks (including several of their own) across the summer. Bringing her eclectic sound palette to the label, Egyptian-born, Boston-based MiT research fellow Nourey continues to impress. A classically trained guitarist with a love of dance music, Nourey’s chameleon approach to music has already seen her work with York, AVIRA, and Olan on the emphatic ‘In Motion’. Expect music from all sides of the electronic world in her mixes. The Anjunabeats Rising Residency takes over from Anjunabeats Worldwide Radio, which over its near 15-year history has seen regular sessions from Oliver Smith, Super8 & Tab, James Grant, and ARTY.

NIKOLAUSS – Back in Trance

Julias Cesar once said “Veni, Vidi, Vici” which directly translates to, “'I came, I saw, I conquered. It is with no doubt that Matan and Aviram Also known as Vini Vici have embodied this motto to the fullest in the electronic music world. The duo is spearheaded by tbe Israeli natives, two experienced music producers who joined forces with the intention of elevating the psytrance genre to a more common ground for the electronic music listener. Their early work attracted massive attention from industry leading musicians and DJs including Armin Van Buuren, who was one of the first to uncover Israel’s prime duo. One of Vini Vici’s most popular tracks “Great Spirit” helped their claim to fame as it became one of the greatest tracks of 2017 with its catchy lyrical hymn. Since its release, millions of fans around the globe have sung the chants of the track “Wakan Tanka, Hunkaschila, Wohitika Oyate, Nagi Tanka, Tunkasila Akicita, Oyate.” Alongside their huge success in producing music, Vini Vici began performing in the biggest events and festivals around the globe, headlining sold-out solo shows and featured in line-ups alongside the biggest names in the music industry. Since the beginning of 2017, Vini Vici have performed in festivals such as Tomorrowland (Belgium), ‘Electric Daisy Carnival (USA/China), ‘Ultra’ (USA/Europe/South Africa), A State of Trance’ (various), ‘Sunburn Festival’ (India), ‘Transmission’ (worldwide), ‘AMF’ (Netherlands), Boom Festival (Portugal), and Parookavillve Festival (Germany), just to name a few. Although they have had one of the busiest tour schedules around since hitting stardom, Vini Vici have still managed to keep to the studio, where they released multiple tunes Charting in at number two (2) and three (3) on Beatports Top 100 Main Chart, in addition to having the most played track at Tomorrowland 2017. Additionally, Matan and Aviram have been Beatports top selling Psytrance artists four years running (2015-2018). 2018 has been filled with musical milestones for the duo, having collaborated with top artists such as Dimitri Vegas & Like Mike, Steve Aoki, W&W, Timmy Trumpet, Astrix and many other top-notch talents. Furthermore, Matan and Aviram attained some personal and professional records as well, charting on the ‘DJMag’s Top 100 DJ’s in the world at number 34, receiving a special award as the years’ ‘Highest Climber’ in 2018, in addition to achieving a Golden Record for Great Spirit. 2019 has only just begun and the duo have been only rising to the occasion setting Tomorrowland Winter Edition alight in addition to joining the ASOT family and Ultra production for a trio of special performances. __________________________________________________________________

Perfectionists in the studio, passionate on stage and with an army of dedicated Tritonians in every corner of the planet, Texan duo Tritonal invite you to enter Tritonia, a weekly podcast featuring the latest in dance music, handpicked by Chad and Dave. Tritonal are among the top 400 most consumed artists on Spotify globally and have performed at festivals around the world including Lollapalooza, EDC Vegas, Electric Zoo, Tomorrowland among many others.