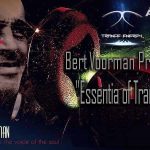 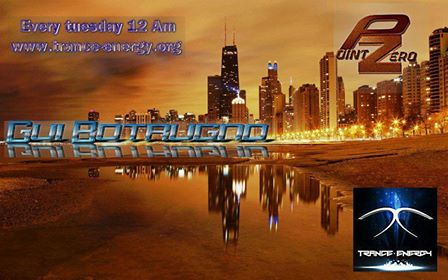 You're about to embark on a journey, a spectacular dive into the sound of trance music. Two hours of the finest tunes in progressive, uplifting and everything in between. Prepare yourself to be lifted away, by sounds from the world's most talented artists in the scene, right here and right now! Sit back, turn up the volume and get ready. To talk about “Maratone”, is to talk about one of the most promising producers from Denmark; the discovery of music at the early age of only 10 years old, made him a real lover of magical sound of electronic dance music. In 2014 when he releases his first profesional tracks, his remixes of Susana "Silent For So Long" and Jo Cartwright "Embrace You" on Raz Nitzan Music made the way for him look very bright; the remix of Susana was released on her physical compilation Press Play vol. 3 and the remix of Jo Cartwright was picked up and played by Armin van Buuren at A State Of Trance. His most popular release might be "Vendetta" featuring Ikerya Project, because of the massive Sensualise mashup with Armin van Buurens "This Is What It Feels Like". Armin played the mashup at the worlds biggest festivals in whole 2017, and this was a real booster for Maratone. Very known in his hometown for having been djing in one of the clubs of his city Odense as the only DJ being able to play upfront dance-music; is the time when he decided to put all his focus and potential in the start of his pofesional career as a music producer. Throughout this time; we can point out tracks as "Sunrise" and "Stardust" featuring the dutch singer and songwrite Robin Vane as being some of his most well-known releases. In 2016 Maratone won a remix competition by Dennis Sheperd with the remix of "We Are feat. Sylvia Tuson" made together with the dutch duo XiJaro & Pitch. This remix was released on Dennis Sheperds A Tribute To Life imprint, at that time distributed by Black Hole Recordings. After this remix XiJaro & Pitch formed a strong friendship and producer-partnership with Maratone and made the track called "The Hymn" which was released under the Abora Recordings sub-label Digital Euphoria and this track opened new doors for Maratone. As supported by Abora Recordings since 2016, Maratone keeps on evolving his sound. With a quite wide musical range, the outstanding and impressive elements in his productions are truely standing out. By the time Abora Recordings offered Maratone an exclusive record deal, he had no doubt in signing with the label. After just a few years in the industry; Maratone is already supported by artists as Armin van Buuren, Ferry Corsten, Andrew Rayel, Sean Tyas, Roger Shah, Manuel Le Saux, Simon Patterson and Roman Messer. It's necessary also to mention his popular monthly radio show "Melodic Matters" on Trance-Energy Radio, one of the most popular digital radio stations in the world. We can listen to Melodic Matters every 2nd Tuesday night at 19:00 CET; a weekly magical journey showcasing the best in progressive, uplifting and everything in between.