One week later and still under the spell, after a major trance weekend event, I could barely put myself on tracks this week. The sparkles of an amazing experience still creep under my skin and along my back.

First with Luminosity Trance Gathering on Friday 17th Feb, opening the Gala Trance Weekend in full-mode on, and just before the main event of the weekend, the international indoor festival ASOT800: celebrating 800 radio shows of ‘A State Of Trance’, taking place on Saturday 18th February.

After the warming up at Lumi in Panama, Amsterdam, TER team was ready to take over at ASOT800 in the Jaarbeurs, a massive congress and exhibition centre located in Utrecht.

For the first time I went to the event with a press pass, so I was pretty excited about it. Colleague Luciano Médica Catalán had been getting ready for ASOT for a long time and had bought his own VIP ticket; he headed to the event earlier to get his own impressions before meeting up. You can read his review here. Dragos Stoichita, our Tech Head and mastermind behind DJ Channel TV, was going to be arriving later on during the night.

While the party was already on for longer than 2 hours, I arrived at the Jaarbeurs with no idea what all this event was going to be like.  After a confusing episode at the press entrance which demanded me longer than 45 minutes  to be allowed to get in, I was happy to shake those stress moments away and go for it!

ASOT800 – in search of the true trance vibe 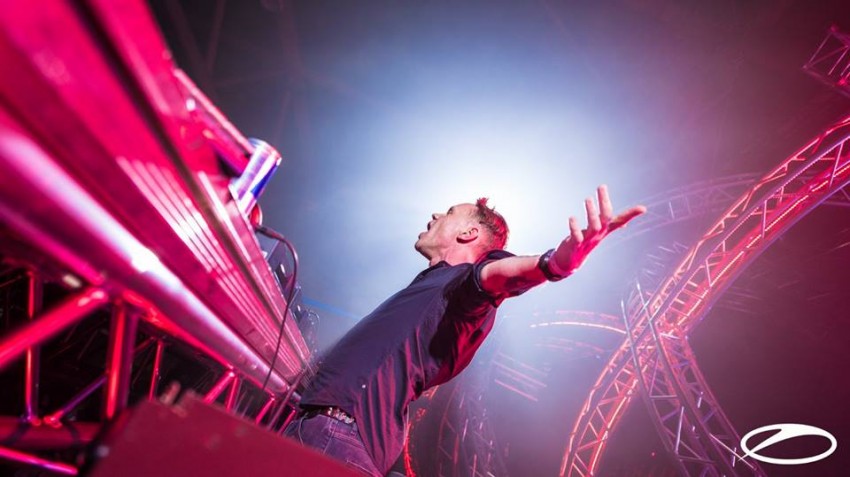 The synchronicity of things wanted that the first person I met inside was a French friend, and I was happy to immediately see a familiar face. It was exactly the moment RAM was going to play at WAO 138 stage, so we went happily that direction. RAM’s set was powerful and I felt really glad among the Grotesque family which was taking over the central part of the front row.

Interaction with the crowd was really good, RAM was enjoying his time, with confetti flying all over our heads and I’m sure we all had this party feeling you only get when all good factors combine. I was finally home.

While RAM was finishing his set still at decks, kneeling down on the floor was John O’Callaghan waiting, ready for his turn on stage. It was really innovative that the table deck was open and the stage was lower, it created a more intimate atmosphere, we all sort of had this feeling going both ways:  the crowd being closer to de DJ and the DJ reaching out to the people. What we all call togetherness.

After an emotional moment while RAM played ‘Ramelia’, all people were feeling in unison, RAM cheering and interacting with the crowd, it was kind of exhilarating; I felt this was definitely a breaking point.

Then, it was John O’Callaghan‘s moment, and he started playing with his very well-known personal sound going deeper into tech. I was not really in the mood for tech at this moment; it was as if after all that uplifting I was kind of feeling wary and sensitive. I decided to leave in search of my vibe. There were enough places where to look for it.

Walking through the massive Jaarbeurs, (I realized that this year it was better signposted, I must say) I had this feeling of freedom building up inside of me, being totally on my own, with a different mind-set. Checked where Luciano was, and he was at the main stage while Armin van Buuren was playing.

I felt impulsively attracted towards the Psy stage so changed my mind and went there instead of the mainstage. Avalon was at the end of his set, making entrance to Israel’s godchild Astrix. There I met good Belgian friend a.k.a. DJ Locus. We had a great time dancing while Astrix was taking over the energy of the whole room. I was surprised to discover how crowded the Psy stage was. This year I’ve found all stages were bigger than the year before. There was way much more capacity and space to dance, though people were still gathering closer to each other at the front, giving it a warm ‘sauna feeling’ too.

Minutes before Astrix was finishing I started making my comeback to the mainstage, since it was time for Aly & Fila. On my way found many friends from Trance Family Germany, cheerful and loving people always ready to party. We made our way to the middle, closer to the front row, all Aly & Fila‘s fans dressed up for the Pharaoh’s meeting were there cheering with joy and showing their flags. 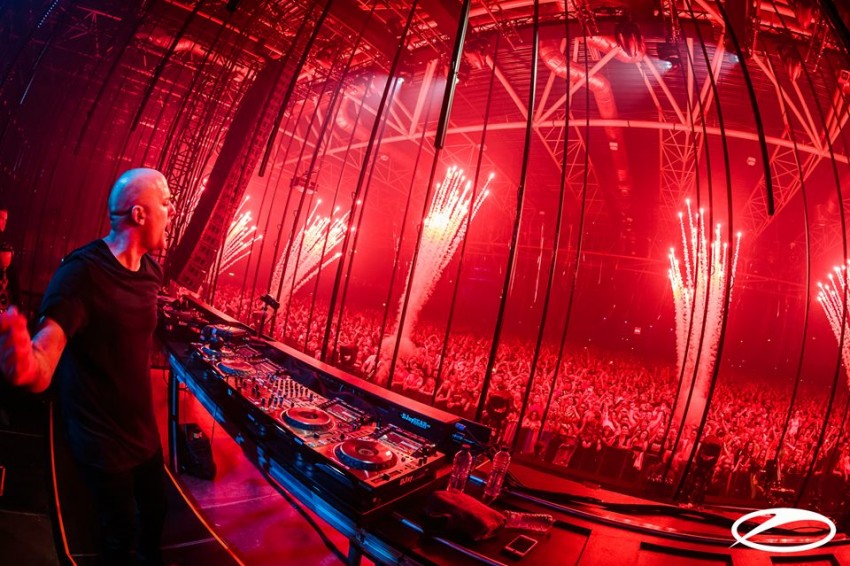 Fadi was absolutely awesome, and his set was the best of the night in my opinion. The atmosphere he manages to create while playing and leaving the crowd in awe is something not all DJs are capable of achieving. That total and complete delivery of energy, flowing pure within the music, beating in all hearts at the same time, made it a really powerful state of trance bliss.

There were two absolutely amazing moments for me, one was when Fadi dropped at the beginning the classic ‘Children’ by Robert Miles. It created the place and moment where we all were looking into the sky feeling goosebumps all over. I always feel really overwhelmed when this track plays, not only because it’s a classic in itself, also because I’m a mom,  this song resonates within myself.

The second one, was when he dropped ‘Unbreakable’, such a powerful song, full of passion and emotion. This moment was magic; we were all singing the lyrics, all feeling the high vibes. What a surprise to see Roger Shah and Susana together with Fadi on stage! Tune of the year 2016, this was the climax of a still perfect night in development. And there was still so much more to come!

After Aly & Fila left us all in a state of blissful ecstasy, I was not sure where to go, lost track of all my friends after a while (that happens a lot when you are a small person and need to breathe fresh air once in a while). I was really curious about Vini Vici, although I was feeling less excited since the release of ‘Great Spirit’ (which I had the funny idea to nickname after the Spanish song, ‘Macarena’ in another article).

I knew this was going to be something totally different than the usual psytrance, so I gave it a try. While I was dancing mostly alone, meeting new people, feeling one with the crowd, I was suddenly caught in the middle of a circle with some Italian people dancing to ‘Great Spirit’. Couldn’t say no, and there I was, dancing like the most normal thing in the world.

The ironies of life, I was enjoying it a lot! Still, after some time I sort of wanted to see/listen to something different, but didn’t want to miss the so much expected vinyl set by Armin at mainstage. Vini Vici played a great set, although less into the psytrance lately. It seems to me that after some time, some DJs can’t stay too long into a certain music style, as if the box was too small for them.  I guess it’s better to think there is no box at all and do what you most feel like doing. So long you always stay true to your fans I don’t see anything wrong about that. 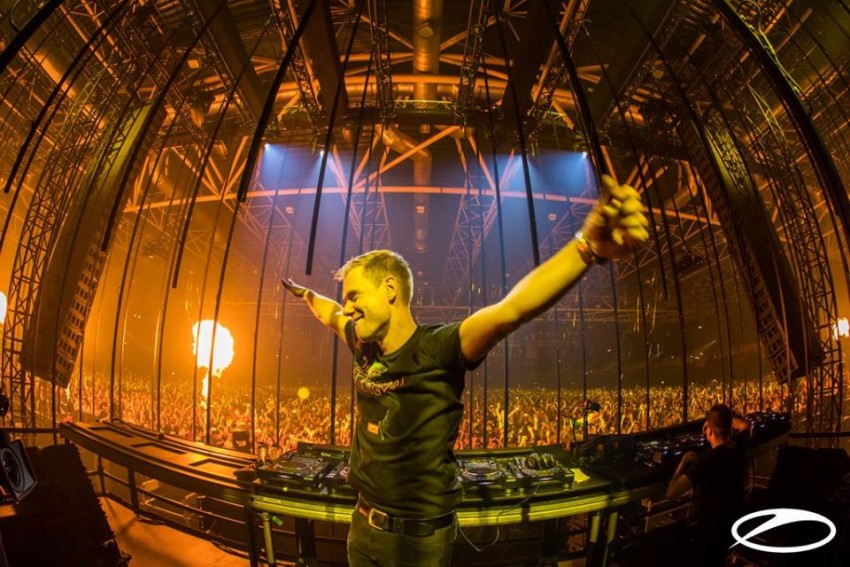 Went for a round, visit the toilette and met some other friends closer to the bar. We made our way back together to the front row left, was really really crowded, all people stuck to each other, trying to get a glimpse of what Armin was going to do, which vinyl he was going to pick and play. The whole crowd was getting ready, there were major expectations, and this was the moment he had to show what it takes to be in the place where he is.

He gave an impeccable trance classics set, with top moments such as ‘Exploration of Space’ by Cosmic Gate; ‘Silence‘ by Delerium, and many more amazing tracks. At this moment of the night, I was feeling in my element, sometimes sitting on the shoulders of a friend (because I’m a really small person), all cameras pointing to the front row, pure bliss, together in a state of trance. That special awareness when you just enjoy the present moment, all together feeling the energy of our hearts beating at the same beat; sometimes a glimpse of the people around you, the smiles,  the joy and this intensity like no other.

It was a magical night, it felt good, and vibes were high. I was happy to celebrate this time again, for the 3rd time ASOT in Utrecht, this time with a different kind of feeling. It was less about me as a visitor and more as some kind of duty. In this way, it was also interesting for me to understand how everything works behind the scenes. How powerful such an event can be, how important it is that all different aspects of an organization do their work properly to make the best out of it: an amazing experience for all the trance lovers, with many of them flying from abroad especially for the occasion. Was great to have the opportunity to see them, danced with them but most of all, knowing moments like these are why we do it year after year.

We all live for this energy

Picked up my stuff from the press room locker and met some Spanish journalists there, then we headed back together outside, talking about the event.  It was nice to exchange points of view and then we said farewell.

I’ve found myself alone walking back to the train station, although there was still an after-party somewhere in the city, my mind and my whole being just wanted to be back home. I still had a long way to go and there I was, sitting all by myself, many thoughts and many feelings piling up in my chest. For the first time, this experience resulted completely different to what I had expected.

One thing is for sure, we make the experience all together. A State of Trance is not just the result of a big engine, it fuels mostly on people’s energy. ‘I live for that Energy’, is exactly what it’s all about. It’s a perfect feeling when all ingredients synchronize to create an amazing experience for all. All details being taken care, that’s why a great and professional organization behind are so important.

Still, in my humble opinion, I think it depends a lot on the general mood; how people are feeling the moment they get inside the venue, their expectations and their personal mind-sets. That energy is so pure and it’s what connects us all. This is the true and pure oneness we get the chance to experience at the same time, fuelled by the music that brings us together. These are the magic moments we all live for. As simple as that, we all live for this energy.

It was a great edition and I feel really lucky of having been part of it. So, roll on 2017, I’m ready for more!